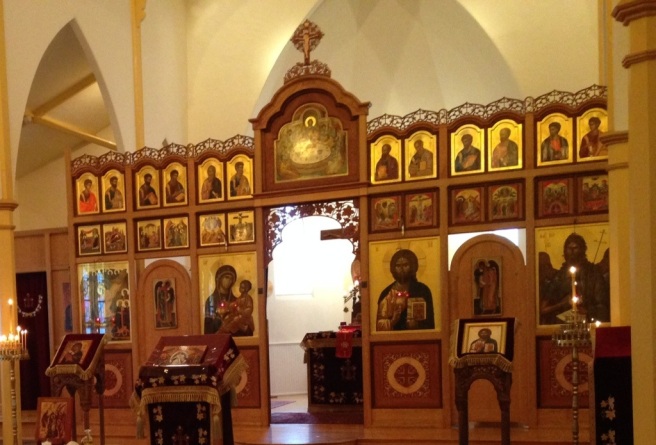 “That Mother Susan is really wise.” We had arrived back home after Divine Liturgy and the welcome “post-fasting” coffee hour, designed to be substantial since we fast before communion. My husband burst out laughing. “She’s not Mother Susan” he said. “She’s Popadia Susan.”

Once again I find myself traveling into the land where I forget titles, where I sit at the wrong times, where I finally get up the courage to go to the front and venerate icons only to have a deacon pop out of nowhere and look at me over a sensor with an “I am on a mission and you are in my way!” Will I ever get this right? Probably not, but at least I no longer go into crisis mode and immediately dismiss this ancient faith simply because I don’t like the way I feel during these times.

But back to Mother Susan. In the Orthodox church for the most part priests have wives. Not only do they have wives but the role is respected and honored as such. They are called different things depending on the jurisdiction — khouria in Arabic; presbytera in Greek; and in the Russian Orthodox Church they are even called “matushka .”little mother.”
One person described them as having wonderful titles with no real job description

Four years ago I would occasionally visit the church that we now regularly attend, the community that has walked with us these past two years. I visited as a complete outsider, ill at ease and out of sorts. I froze when greeting Father Patrick or Father Michael, both of whom communicate well and make all feel welcome. I sat on the sidelines, an observer – alone and foreign.

I would console myself that I was used to sitting on the sidelines, alone and foreign. But I still wasn’t okay with it. There was a piece of me that desperately wanted this Orthodox faith to work for me – but I wouldn’t admit it.

As I observed from the sidelines I watched the women of the church and I was fascinated. There were young women of college age, women with young children or newly married, middle-aged women, older women, and old women. They were from Bulgaria and Romania, Russia and the Ukraine, Greece and the United States. They were dark-haired and blonde haired, some with head coverings, some without. Some in long skirts and some in shorter skirts.

The interactions were multicultural and multigenerational. It was common to see older women pick up little children to comfort them, regardless of who they belonged to. I watched young women seek advice and comfort from older women, talking earnestly together with heads bent forward. In the churches I had attended I was used to a far more fragmented system where young marrieds were in one place, young moms in another, empty nesters were usually traveling, and older women set to the side.

Two women stood out and it was clear that they were seen as leaders. But their leadership was winsome and drew people in. They laughed a lot and sometimes talked during liturgy – something that attracted me immediately.

After some time I found out that these were the priests wives – Popadia Paula and Popadia Susan (the one I had mistakenly referred to as “mother”). I was fascinated by their engagement with the church. It didn’t come in the form of leading Bible studies or playing the piano, a non-existent instrument in the Orthodox Church. Instead they seemed to function as unofficial mentors. They seemed to know every woman, man, and child in the church by name. They had a security and confidence that was refreshing and admirable. I couldn’t put my finger on why I was attracted to this.

And so I watched them. For about a year I didn’t have many conversations with either woman. I just observed. But what I saw reminded me of the women that surrounded me while growing up in Pakistan. They were women with a solid security not based on an agenda created by the broader culture that surrounded them. They knew who they were before God and it translated into a confidence in all they did. The women who surrounded me while growing up were Dr. Mary and Auntie Hannah, Auntie Phyllis and Auntie Bettie, Auntie Connie and my mom. Some were single, others were married; some were doctors, others were nurses; some were teachers, others were linguists. But all were strong in who they were. They did not let either American or Pakistani culture dictate who they should be and what they should care about, instead they knew who they were before God. In short they knew what a woman was worth – that as women they were understood by God, called by God, most of all beloved by God.

And that’s what I saw in Mother Susan and Popadia Paula, no matter what their titles.

As time has gone on I have gotten to know both these women a bit better, a gift during this time in my life. Popadia Paula has walked beside me as my sponsor during the months of preparation before getting baptized. In that role she also stood with me during our marriage ceremony. I have found that these priests wives are fun and strong, they are wise and sensitive, they are imperfect and know their flaws. They are moms and mentors, sisters and sinners. They are and will always be Mother Susan and Popadia Paula.*

*Pronunciation is (PO pa DEE ya) 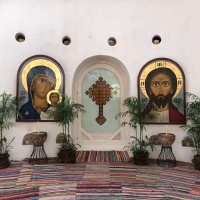 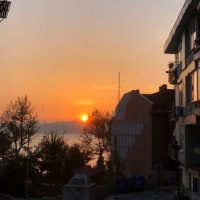 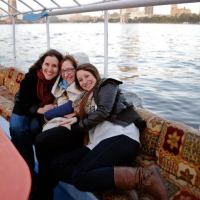 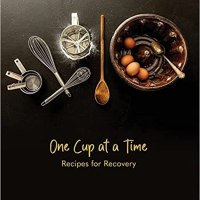