For those of you who do not live in the United States, last night the annual Superbowl was held pitting two top American football (many of us know that the real ‘football’ is what Americans term as ‘soccer’!) teams against each other for a showdown of skill, strength, and sometimes, just brute force. With players weighing in the upper 200 pound range just ask a physics major what that weight can do when used in full force. And we saw it in full force.

While not a football fan it seemed a good game; well-played and evenly matched – but someone always has to come out as the winner. It’s a given. That’s what this type of sports is – one team is the winner, surrounded by cameras and hordes of people, and the others? I’m never sure where the others go. Do they head back to the locker room for lecture or consolation from the coach? All I know is that they are absent – at that moment not even tabloid news cares about what they have to say. Their interviews take place after the team who has won has had their moment to shine. There will be no parade in their home cities or states. There will be no trophy. They are, for the time being, irrelevant.

I was discussing this with some friends recently and the conversation turned to how the sports field in many ways plays out the narrative of the human story. Over and over in the sports arena we see people falling; getting back up; scoring a point; getting ahead; falling behind; disciplining themselves to keep going. We watch team mates console and communicate; walk beside and go ahead; encourage and rebuke; but all for a single purpose – to play the game. Does not this beautifully reflect life? Life where we stumble and fall; we get ahead and then fall behind; we go through loss and we go through gain; we have moments when we shine and those when we are the ones in the locker room.

Just as theatre brings us along to watch the human story, so does sports work out the details of that story every time there is a game being played. Even as they are working this story out on the field, fans are in the stands fully emoting throughout the narrative. Watch the faces of the crowd and you know what’s going on in the field. It is the narrative of life and the team is bringing us along as bystanders and cheerleaders. With this in mind it’s no wonder that sports all over the world are so popular.

It’s a Monday morning and we are living out our narrative, our story of life. At any given moment we may feel as though we are winning or losing; falling behind or running ahead; encouraging or motivating someone who is walking life with us. Most of us will not be on the front page of newspapers as either winners or losers, but I am convinced that how we play the game matters far more than becoming a news story. Wherever you are in the narrative, whether shining or just plain tired, take heart that there’s a Coach for the game and an Author to the story who’s right there with you.

19 thoughts on “Sports and the Narrative of Life” 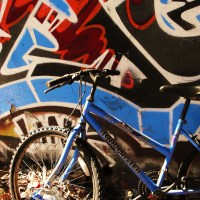