I am not a football fan but this weekend I will excitedly forgo a Sunday afternoon nap and head to our friends’ to enjoy great company, good food, interesting advertisements, and … oh yeah – I think there’s a football game as well. I love the Superbowl for all the reasons beyond football.

Much as I want this to be a light post there’s a troubling underbelly to the Superbowl and it demands my attention. Earlier this week my nephew alerted me to the problem of sex trafficking at this event – an event that has people tuned in across the nation, riveted to their seats to watch that missed field goal….(sorry, I just had to put that in).

Thousands of women and girls are brought to large sporting events and they aren’t  brought  to watch the games. They are brought  to satisfy the sexual appetites of Superbowl fans who came from around the nation. In the 2010 Superbowl an estimated 10,000 prostitutes were brought to Miami, many unwillingly. Football, Nachos, beer and top it all off with a dessert of sex from what are often trafficked women and underage girls. My stomach is turning and the nausea is inescapable – I think God uses these physical symptoms to get my attention.

In anticipation of this Indiana has just passed a human trafficking law that is much tougher and “extends the definition of sex trafficking and increases penalties” This is largely because of the work of Shared Hope International, an organization with a mission to “rescue and restore women and children in crisis. We are leaders in a worldwide effort to prevent and eradicate sex trafficking and slavery through education and public awareness.”  Leaders in the organization are thrilled that this law was passed in time for the Superbowl, sending a message to customers that they will be watched. There is still little awareness on the topic in the United States, perhaps because it’s often seen as an overseas problem, but that is far from the truth. I was happy to find the poster featured above – where are the posters in the United States? They should be present in every metropolitan area.

If there is one thing I know about you who read my blog – you are pro-women. From Blue Bras to Arranged Marriages to Mothering to Feminism – you are about women and who we are, who we can be.  So take a stand this Superbowl and let people know about this underbelly. Introduce them to Shared Hope International. Let’s all find out more and see what we can collectively do to make a difference. All the fuss this week about women? Let’s make it matter by focusing on an issue I’d like to think everyone could agree on.

Most of all, if you are a woman, know who you are before God so you can let others know who they are before God. Just as Jesus relentlessly pursued the woman who reached out to touch his clothes in the book of Matthew, so he is in a relentless pursuit of you. Just as he cried with Mary and Martha over the death of Lazarus, so he weeps with you. Just as he said “Your sins are forgiven!” to the woman caught in adultery, so does he the same for you.

14 thoughts on “Beyond the Nachos – The Underbelly of the Superbowl” 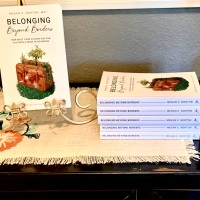 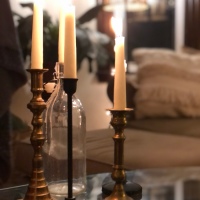