This past Friday, my husband and I celebrated our 32nd anniversary.

Along with our anniversary, we celebrated a milestone – we met our first grandchild. There was something deeply moving about holding this small bundle of baby, knowing that he has no idea how beloved he already is. He is born to  parents that wanted him, planned for him, and love him deeply. He has come into the world to an extended family of uncles and aunts; grandparents and great grandparents; cousins and friends. With him comes a new identity for us – we will be Pop Pop and GiGi for the next generation.

Our wedding was in Chicago, and our grandson was born in Chicago. So along with the joy of meeting him, we went back to the campus of North Park college, the site of our celebration so many years ago. The gazebo that framed our wedding party is gone, vandalized by students who obviously didn’t know the significance of its pristine white frame to so many couples. But the earth below it has not moved and the grass is as green as it was on the day of our wedding. We searched for the statue of a woman that my husband remembered and found her, guardian of many secrets and the only campus witness to our wedding vows.

The usual clichés come to mind as I think about it.

Where did the time go?

We were so young when we got married – just babies really.

How could it be that we are old enough to have a grandson?

How did it get so late, so soon?

But in truth, while some years zipped by like days of summer, full of grace and light, others were  slow and hard, with winter clouds hanging low. It has only been recently that I wanted to stop time, put it on pause for a while so that I can catch my breath. Moments have become precious; Saturday mornings curled up with coffee and a book are a gift from the heavens. Summer evening dinners on a porch, with warm breezes blowing are treasured times.

Marriage and faith — both are mysteries. Unexplainable, and yet — we try so hard to explain them. They both take work, they both take effort, they both bring unbelievable joy and earth-shattering doubt.  They both begin as babies, but if either are going to survive, they must grow into adulthood.

Two years ago, I wrote a piece about marriage. I looked back at it today, realizing that the words I wrote are as true today as they were when I first wrote them.

Harry Potter and the Sorcerer’s Stone is the first book of the wildly successful Harry Potter series. Chapter 12 in the book is called “The Mirror of Erised.” The “Mirror of Erised” is an ornate, magnificent mirror hidden away in an unused classroom. It’s as tall as the ceiling and has claw feet. But this is more than a beautiful mirror — the person who looks in the mirror sees the “deepest, most desperate desire of [their] heart.” So when Harry, an orphan cared for by a dreadful aunt and uncle who hate him, looks in the mirror he sees his entire extended family waving at him, loving him, letting him know he belongs. His dead parents smile back at him from the mirror, large as life. And when his friend Ron, just one more boy in a huge family with nothing that stands out about him other than his flaming red hair, looks in the mirror he sees himself as head of the Quidditch team and head of the house.

You see that which you long for most of all.

And for most of us our wedding days are a bit like that. The Mirror or Erised is held in front of each couple and we look inside and we see untainted love that lasts through the ages. We see bodies that will never grow old and a love that will never die. We see joy and hope, we see plenty and laughter. While we may say the vows “for better, for worse, for rich, for poor, for sick, for health….” we don’t see those things in the Mirror of Erised.

The Mirror shows us that which we want more than anything – eternal love and happiness.

And then the guests go home, the cake in the top of the freezer gets freezer burn, the money from the beautiful cards given on that wedding day runs out. We want to stand in front of the mirror again, just to get a glimpse of that beauty, that glory, that hope.

But more stuff happens – kids come along and with them nightmare tantrums and learning disabilities, weight is gained and lost, houses come and go, unemployment rears its ugly head, family and friends die. Love is tested morning and night.  Sometimes there is betrayal or wounds that are so deep you think you’ll never heal; other times it’s just life – and marriage has grown oh so old. All the while we remember that mirror in the unused classroom – but it just sits there.

In the Harry Potter book as Harry goes for the third night to see the mirror, he finds Dumbledore sitting off in the shadows. Dumbledore talks to Harry about the mirror and exposes it for what it is “….this mirror will give us neither knowledge or truth. Men have wasted away before it, entranced by what they have seen, or been driven mad, not knowing if what it shows is real or even possible.”  Harry is sobered as he heads back to his dormitory room.

Last Friday was my 32nd wedding anniversary. 32 years of so much good and so much hard that it defies description. And on our wedding day, we like so many couples before us, looked into the Mirror of Erised. And we loved what we saw. We wanted to stay in front of that mirror forever — a cute, young couple with adventure on our hearts and fire in our souls. It would never end. It couldn’t as long as we had the Mirror with us.

But like all couples, the mirror was wisely hidden away. In its place was a real mirror – a mirror that reflected back a couple that would grow and age, that would sometimes hate what they saw looking back at them, but keep on going anyway, keep on loving, keep on living, never giving up.

“It does not do to dwell on dreams and forget to live, remember that….” says Dumbledore. Some of our dreams were realized, others were lost, but we have learned to live, really live. While the Mirror of Erised reflected wishful thinking, our real mirror reflects a brave marriage forged on hope, faith, and grace that could only come from One far greater than us.

And today I proclaim again the truth of a life of commitment. I proclaim the truth that marriage is really very little about love and very much about something bigger. Today I speak against our Hollywood Mirror of Erised notions of magic and romance; I stand against a culture of quick satisfaction and selfish sex. I speak up for an unpopular view that marriage is so much more than two people falling in love.

For in 32 years never have I embarked on anything so costly and so worthwhile as marriage. Never have I faced the awful in myself so closely and so viciously, never have I needed the grace of God more profoundly. We do not have a Mirror of Erised marriage – We have a marriage born on idealism and hope, weathered by storms, challenged by crisis, tempered by love, sealed by God above.

And so I wish another Happy Anniversary to the man I said “I do” to. I’d do it again this side of the mirror.

9 thoughts on “A Marriage and a Mirror” 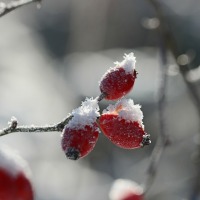