I wanted to sneak a look at my phone to find out the time. It had been at least a half hour since the priest had sung “In Peace Let us Depart” and the congregation had responded “In the Name of the Lord”.

If we were to depart in Peace, then why was I still standing at a service? I could smell the coffee hour downstairs, that delicious and substantial meal that follows every Divine Liturgy. Orthodox fast from midnight on Saturday until after communion and so no one has even had a cup of coffee by the end of the service. People are hungry and ready for more than a small pastry or muffin. We who are on this journey come into fasting slowly, hesitantly– especially me. I am, after all, the reluctant Orthodox.

This first happened before I had taken a bigger step inside the inner workings of the Orthodox church, before I had heard the famous Orthodox joke: “You know you’re Orthodox when you’re still at the service a half hour after the priest has said “In peace let us depart…!”

The Orthodox church in North America is a sun dial set in the Western world of the Swiss clock. Time is not important once you enter the doors of the sanctuary and venerate the icons. You settle in to the service and there are no clocks. No one is worrying that Sunday dinner will burn in the oven. No one seems to be thinking about time at all.

I live in a world where time is important, where people watch the clock. Where we talk about having ‘me’ time; ‘alone’ time; time for ‘self’; where time is money, except on the weekend and then time is recreation and rest.

And so it takes me a while to settle in to the absence of time keeping, to a place where eternity matters more than the seconds and the minutes. I should be good at this. I grew up in the East where I would sit for hours on charpais, feet curled up under me, listening to a Pakistani preacher fervently exhorting his congregation– a small band of men, women, and children living out Christian faith in a country where mosques stood on every corner. I grew up where people were far more important than time, where clocks stopped during worship, where you knew time only by the Call to Prayer ringing out over the city five times a day.

But in this journey into Orthodoxy I find it is yet another area where my heart, soul, and body are challenged. A strange new world that draws me further in, even as it confounds and sometimes annoys me. I find my annoyance slowly chiseled down to its base, its base of sin and self.

The Priest makes the sign of the cross and we are now free to leave, but no one is hurrying away, rushing for the door. Instead people slowly walk around, some to icons on walls around the room, some toward the priest who is giving a ‘traveler’s blessing’, and some to the coffee hour downstairs where they will wait still longer until the food is blessed.

And so the reluctant Orthodox slowly makes her way to the door, thinking about eternity and the eternal, when all of time will be redeemed and put into its rightful place, where there will be time for all thing good and holy, and when all things good and holy will have time. 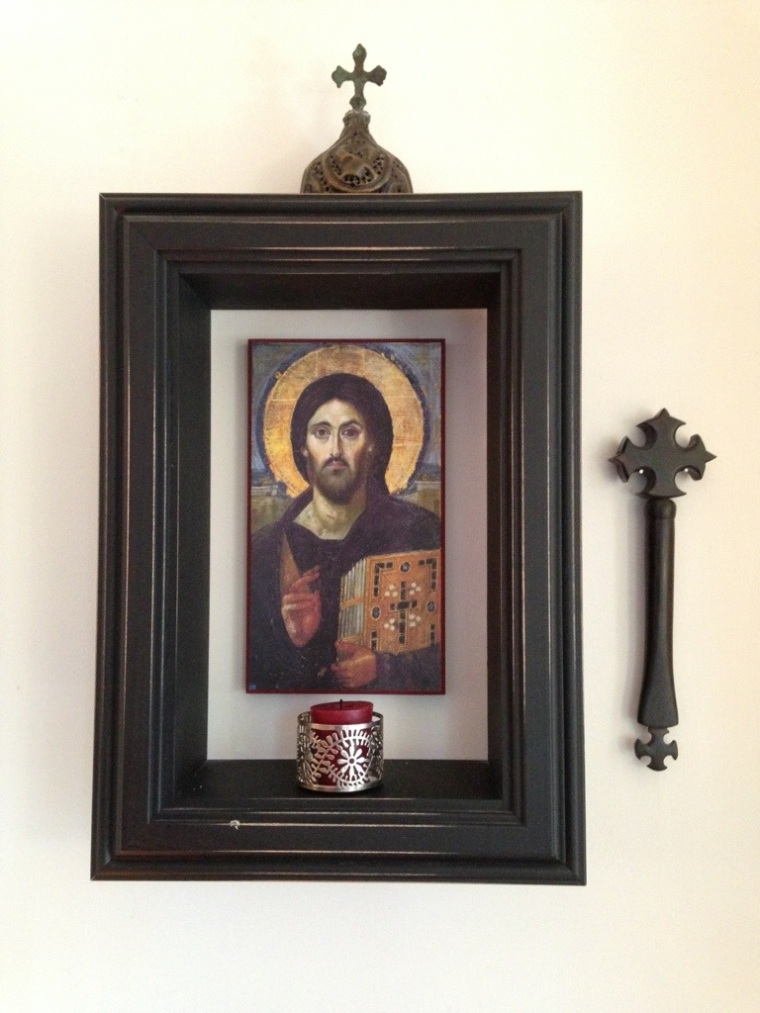 The books of the Kings in the Old Testament have a fairly simple way of evaluating leaders: they either did what was good and right in the eyes of the Lord, or they did what was evil. The rest of the information about their kingdoms we are told we can find in the Annals of the Kings of Israel.

The High Places were places of idolatry. They were literally ‘high places’: hills and ridges looked up to by those in the lower lands. They usually had an altar or a pole — something symbolic of worship focusing on man and not God. It was an exchange; exchanging looking up to Heaven and to a sovereign God with looking up to the hills. “Exchanging the truth of God for a lie”; a poor substitute yet a comfort of sorts.

The Psalmist speaks of those high places. “I look up to the hills, where does my help come from?” The question lays it out – does help, does security, does strength, come from the hills? Come from the high places – those places of false promise and deceptive dreams?

It got me thinking about the ‘high places’ in my life. The high places have included jobs, status, reputation, ministry, even parenting (when they were little and did what I wanted) — sadly the list is endless. I hang onto these high places with a tight fist and greedy fingers. If I give them up, what then? Where will I hang my allegiance? The high places are often compelling – they are present and I can see them; they give instant gratification and temporary security; a pay check and affirmation. The high places are easy. They are already there and besides, others look to them, why not me?

And yet I want to be known as one who did good and got rid of the high places, no matter what it takes.

There are times when God has forcibly removed those high places; times when I have sensed he loves me too much to allow me to continue on the path of idolatry. Other times, while there have been warning signs not to look to the high places, I haven’t always heeded them.

The Psalmist answers his own question later in the verse “My help comes from the Lord, the maker of Heaven and Earth”. It’s the verbal commitment to renounce that which is false and exchange it with truth; to take down those high places and replace them with God himself.

Today may my prayer echo that of the Psalmist and in that echo may my worship be transformed.