As soon as the angry words came out of my mouth, I regretted them. I was speaking to Rehmet, the woman who helped me care for my kids and my home.

She was a Punjabi woman, uneducated, illiterate, with a smile that stretched across a beautiful, weathered face and a personality as big as her smile.

We were living in Islamabad, Pakistan and Rehmet had come into my life by way of her husband who had done some handiwork for us around the house. She had five children and lived in a slum on the outskirts of the city. She was tireless in her energy and her talking. At one point I despaired to my mom that I couldn’t understand her. “She speaks so quickly!” I wailed. “My Urdu can’t keep up”. My mom began to laugh – “Don’t worry” she said. “She’s actually speaking Punjabi”.

We had slowly developed a relationship that went far beyond employee/employer. I considered her my friend. We would sit down with tea, communicating with my limited Urdu and her fluent Punjabi. We would mate socks together, cook, scrub vegetables, and rearrange furniture. She loved my kids, and I thought I loved her.

But there we were. A Pakistani woman and an American woman side by side, me letting my tongue loose. She had ruined some clothes by bleaching them and I was angry. After all, I self-righteously reasoned, if this had happened at a laundry facility in the United States I would voice disapproval over the mistake and demand my money back.

But, I was not in the United States.

Looking back on the event, I cringe in embarrassment. I don’t even remember what the clothes looked like – but I will never forget the sadness and resignation on Rehmet’s face. She looked as though she had been kissed by a Judas, betrayed by one she thought she knew.

I began to apologize. My speech, so articulate while angry, suddenly lost any semblance of cohesion. I was fumbling over my words, over my grammar, most of all over my ugly heart.

She looked at me with tired, brown eyes, her gaze steady and unyielding. Then without pause, she shrugged and said, “It doesn’t matter. This is my fate.”

I, the person who talked long and wrote hard about wanting to empower people, had taken advantage of what I knew to be a cultural value – a servant is subservient to the employer. In a culture where she was a minority as a woman and as a Christian she would never have other opportunities, this was her fate. Even if she wanted to walk out on the job, she couldn’t have. Rehmet did not have choices and I had used that against her. I had taken advantage of education, relative wealth, and influence in my ridiculous reaction to a simple mistake.

And I had done this, subconsciously knowing that it would pack a mighty punch. That is what made it so painfully wrong. My white-skinned entitlement and privilege made me cringe. Who was I? Why had I reacted this way

It was important to confess – to Rehmet, but also to God. For I had acted in a way that hurt another, had wounded knowing she had no recourse.

Rehmet and I were able to repair the relationship, largely because of her generosity of spirit and sheer joy in life. In her bucket of life experience, this was small change and she would not remain low for long. But the story has stayed with me, for it reminds me of how important it is to have cultural humility.

For cultural humility demands a process of self-evaluation and critique; a constant check of attempting to understand the view of another before we react and recognizing our own tendency toward cultural superiority. Cultural humility gives up a role as expert, instead seeing ourselves as students of our host culture.

It’s a hard subject that demands honesty but what do you do when you have caused offense? When you have wounded in a place where you are a guest? When you have exhibited cultural superiority instead of cultural humility?

Note: This article was first published in A Life Overseas 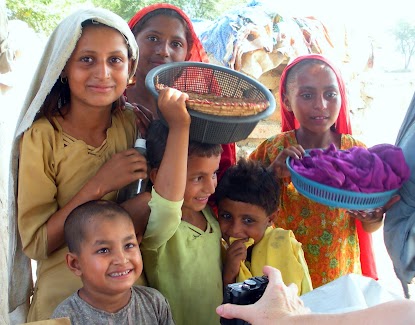 I spoke to a class of graduate nursing students yesterday in the city of Worcester. The topic was on cultural competency and health care — a topic I’ve spoken on for many years. They were an amazing group of students; smart, engaged, thoughtful, and diverse.

When I began to do this work around 13 years ago I knew it all. I spoke with confidence and flair, I had all the ‘best’ examples and brought people into the conversation in a new way. But this work is like living cross-culturally; the more you learn, the more you realize you don’t know. The more you experience, the less you are sure of any absolutes. So now, I’m much less sure of outcomes, yet much more committed to the process.

If you define cultural competency at its most basic level, it is about learning to communicate and function effectively across cultural barriers, cultural differences. So no matter where you live in the world, it is something that is useful to learn. In our increasingly diverse societies, it is indeed a critical life skill. The difference however when it comes to cultural competency and health care is that the stakes are higher. Cultural competency, knowing how to function in the midst of cultural differences, can change an outcome, can be the difference between life and death, or life and permanent, irreversible damage and I am not being dramatic when I say that.

There is an argument in the field of cultural competency on the word ‘competency’. I would argue that in every field there are certain competencies that need to be met. As a nurse, I was not allowed to do certain things until I had reached a certain level of competency. It didn’t mean I knew everything, it meant that I was at a point where I could function well and not be a danger to patients. The same is true for cultural competency – I believe that people can reach a level of competency and have tools to use when it comes to communicating effectively across cultural boundaries.

But critical to this field of study, to this skill set is the idea of cultural humility. This term was developed in 1998 by two physicians: Dr. Melanie Tervalon and Dr. Jann Murray-Garcia. They proposed that this was what the goal should be when it comes to looking at outcomes. They say this: “Cultural humility incorporates a lifelong commitment to self-evaluation and self-critique, to redressing the power imbalances in the patient-physician dynamic, and to developing mutually beneficial and non paternalistic clinical and advocacy partnership with communities on behalf of individuals and defined populations.”

How does that work out in practice?

It means being a student of the patient, person, or the community — not an expert.

It means admitting what you don’t know, and seeking to learn what you need to.

It means seeking out those who can function as cultural brokers, as cultural informants and asking them questions, learning from them.

It means knowing the importance of culture for all who we encounter.

It means being capable of complexity.

It means learning the fine art of negotiation, and the finer art of putting what we think is best in the background, focusing instead on what the person or community thinks is best .

Most of all, it means knowing who you are, what your cultural beliefs and values are, and how they may come into conflict with those you are wanting to serve. We wear our culture like skin. we’re so used to it we don’t even think that what we do, how we think, how we govern, how our schools are set up, our infrastructure, our medical system, is all based on cultural beliefs and values. Until we recognize both the complexity and the pervasiveness of our cultural beliefs we cannot move forward in communicating effectively across cultural boundaries. Then, and only then can we move forward on this path.

I left the students yesterday with this quote:

It’s a life long journey, but so worth pursuing.

Blogger’s Note: One book I would recommend that looks at cultural competency in the context of western medicine is The Spirit Catches You and You Fall Down: A Hmong Child, Her American Doctors, and the Collision of Two Cultures by Anne Fadiman. It is a profound look at culture, healthcare, and what can go wrong.