“What did you do in your home country?” I asked.

This scenario is repeated all over the country, in every state, in every major city where there is a large immigrant population.

An immigrant’s country of origin is drained of those with degrees and skills desperately needed, only to come here and work at a job far below their educational level. Lawyers, doctors, teachers, engineers, chemists — none of them able to work within their chosen fields. So many of them are in jobs that will barely pay their bills and they are unable to complete the education that would allow them to work again in their respective fields.

I hear their stories in restaurants, in cabs, and in the patient navigator course that I teach twice a year. It’s a humble moment when you realize the gentleman from Cameroon that is taking your navigator course has two advanced degrees; or the woman from Senegal is a physician and you are teaching her about breast anatomy.

Researchers at Purdue University now have quantitative data that supports the stories I have heard for years. This team of researchers looked at census data from 1980 to 2009 and found that: ”

…the level of education of nearly half of immigrants was above the education requirements for their job, compared with one fourth of men born and living in the U.S. The prevalence of such “brain waste” exceeded 40 percent for immigrants with a bachelor’s degree, 50 percent for those with a doctoral or professional degree and 75 percent for those with a master’s degree. The overeducation prevalence for U.S. natives was 10-20 percentage points lower. Over time, immigrants find suitable jobs, but not to the extent of U.S. natives.*

The research has its weaknesses. For instance, women were not included in the study. The reason cited was their “complex labor market careers” during the period of time that was researched. Many women worked part time or did not work at all while raising families.

But overall the evidence of brain waste is irrefutable.

The tragedy of this cannot be overestimated. There are .2 physicians per 1000 people in Afghanistan, while Afghan physicians work in kitchens in the United States. There are 2 teachers to every 1000 people in Ghana while Ghanaian teachers work in parking garages by day and struggle to learn English by night.

The hard thing about this post is that there are seemingly so few solutions. One thing we do know is that the better the language skills of the immigrant, the more likely they are to be able to find a job at their education level, so affordable English classes are critical. Another solution is to make the education and testing needed to meet the requirements of a particular field of study, for instance nursing, more reasonable and develop a mentor program so that people can be mentored in their field.

There is something else equally critical, something that we can address. Over and over I see Americans treating immigrants as though they are stupid. They ignorantly assume that limited language skills equals limited intellectual ability. I have watched interactions where someone who barely graduated from high school in the United States shouts at an immigrant and treats them poorly. This is inexcusable. I grew up outside the United States, and lived in two countries other than the U.S as an adult and I was never treated as stupid, despite my fractured and terrible language skills. Instead, I was encouraged to learn both Arabic and Urdu by both Egyptians and Pakistanis. Not only that, I was applauded for the baby steps I made in language learning.The rude behavior that is so prevalent in the United States toward non English speakers can and must change.

The first step in change is always awareness, so I offer a challenge: next time you are out to eat and you’re being served by a Latino, or Pakistani, or Ethiopian waiter, be reminded that you may be communicating with someone who has multiple degrees. Even if they don’t have multiple degrees, they are worthy as human beings. Next time you are in a cab, get into a conversation with the cab driver and find out more about their life. Next time someone with limited English skills speaks to you, whether to ask you a question or to serve you, encourage them and don’t dismiss them.  Next time someone talks about immigrants ruining the country, challenge them and make them give you facts on just how immigrants are ruining this country.

While policy change around brain waste has to take place at an institutional and governmental level, behavior change depends on the individual. We can’t change people’s attitudes, but we can behave in ways that challenge their attitudes.

“Whenever people talk in the abstract about the pros and cons of immigration, one should not forget that immigrants are individual human beings whose lives happen not to fit neatly within national borders – and that like all human beings, they are all different.
How different, though? Different better, or different worse? Such basic questions underlie whether people are willing to accept outsiders in their midst”
― Philippe Legrain, Immigrants: Your Country Needs Them

*From “Attracting Global Talent and Then What? Overeducated Immigrants in the United States” 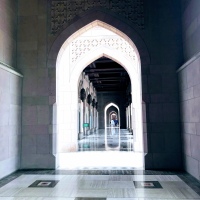