I have been caught in the echo chamber of social media for a long time, but the last few months it has become significantly worse. All around me people rise up, whether on Twitter, Facebook or comments, letting everyone know their strongly held opinions.

But nothing is original.

Everyone is echoing everyone else. As is usually the case, there are two sides and both are extremes. Nuanced opinion and thinking outside the box? That doesn’t happen in echo chambers.

Every once in a while, the echoes collide, creating a palpable dissonance, and then the echoes go their separate ways, making sure they land with what and who is most comfortable. No one ever changes their minds in an echo chamber. We change our minds when we connect over shared bread and real relationships.

Dialogue is best done in relationship, over breaking bread, over coffee.

This echo chamber is bad for our health. I’m convinced of it. I’m convinced that future research will show an increase in ulcers, heart disease, depression, and other stress related illness based on our being unable to turn off the chatter, remove ourselves from the echo chamber.

The echo chamber is even worse for our souls. My soul was in bad shape last week and it was directly related to the social media echo chamber. Because too many echoes create chaos. Information and beliefs are amplified out of proportion to what I can handle.

I am as guilty as anyone, probably more so. I participate in the echo chamber, getting caught up until my head aches from the sounds reverberating around me. Until I am so tired of the sound of my voice and my own opinion that I want to scream.

How do I separate myself?

It’s simple, but really hard. I turn it off. I turn off the echo chamber and I dive into real life and real relationships.So since last week, that is what I have done. The likes or dislikes of social media, the sharing of often useless information, the over abundance of opinions — I had to separate myself so that I could breathe, so I could think clearly. More importantly, I needed to hear God. When you are surrounded by such a cacophony of echoes, you can’t hear yourself, much less God.

Not surprisingly, only a week in to the separation and I can think more clearly. I get home and listen to Mozart and drink a London Fog. I read articles from all sides that I want to read, not those that are stuck in my Facebook face. I pray in ways that I can’t pray when I am surrounded by echoes.

I will not stay off line for long. I have good connections on social media and I know it can be used in great ways. Separating myself in this way is helping me see how I can better use social media when I do return.

But for now, the echo chamber has been banished from my heart and my soul, and I am a healthier person.

[And just in case you’re wondering how I posted this since I have supposedly left Facebook for a time, I have a little secret – I linked accounts so that it would automatically post.]

10 thoughts on “The Echo Chamber of Social Media” 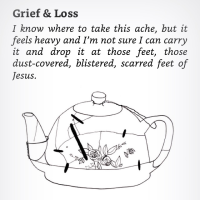