Readers, I am at A Life Overseas today talking about how God is at work in places where we go — and because of this, we can relax. 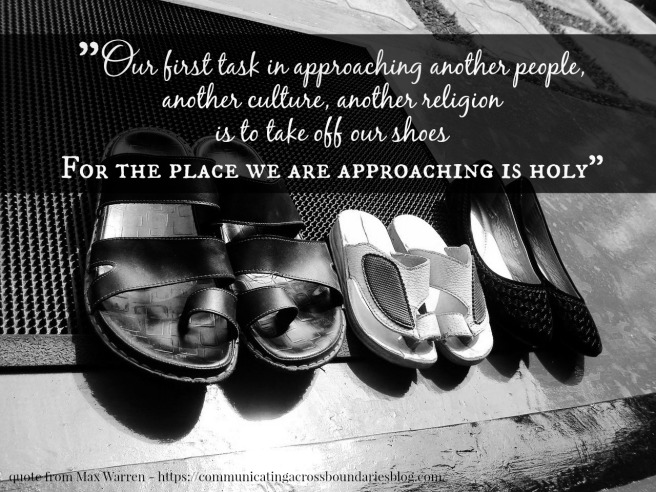 In August of 2015 I had the privilege of going to the Kurdish area of Iraq to work with refugees. On my first day there, I was traveling to a mobile health clinic when I got into a conversation with a pharmacist. One year before she lived and worked in Qaraqosh in the Nineveh province of Iraq. When ISIS entered the city, Christians were given three choices: Convert, pay a massive tax, or leave. She got out on the last bus to leave Qaraqosh. As we were talking I asked her what she would want me to communicate to Christians in America about Christians in Iraq. “What?!” she said in astonishment. “There are Christians in America!”

I love this story for many reasons, but the main one is that it reminds me yet again that long before America was born, the Church had been established and was growing even as it endured persecution, human mistakes, and petty gossip. I found out later that the pharmacist’s church was built by St. Thomas two thousand years ago. God and the Church had not left Iraq. They had been there all along.

In my parents early years in Pakistan they felt like pioneers. They stepped out in faith just a few years after Pakistan had become a nation and left the shores of New York Harbor along with two other young couples. There were three couples with five children between them and for three months they lived in two rooms, the only foreigners in the city. My mom talks about the day they arrived in Pakistan in her book, Jars of Clay:

As we stood on the deck of the Steel Recorder with our little ones around us on November 4,1954, we felt like pioneers. Today was the day we would finally set foot on the soil of Pakistan. Our years of study, preparation, and prayer, had brought Ralph and me, and Ray and Jean to this place at this point in time. We expected to spend our lives here in Pakistan, serving God and telling people of his love. We had not come on a short, fact-finding tour, gathering material to write an article or even a book. This would be our life.

However, we soon learned that others had been there before us, preparing the way.

More importantly, God was, and had been, at work preparing the way before they arrived.

You can read the rest here!