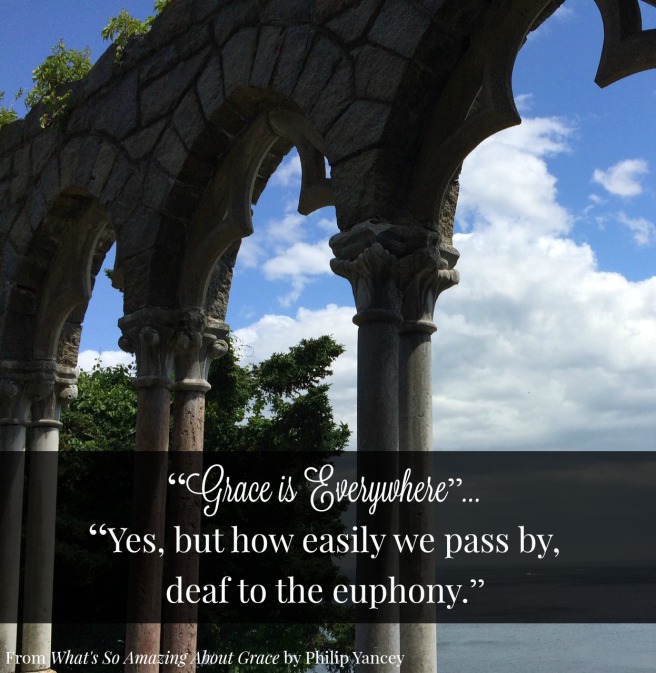 Frustrated, I stood outside a movie theatre. I had two extra tickets to a show, completely free, no strings attached. Two tickets on opening weekend of a show everyone was talking about – everyone wanted to see it.  My daughter’s two friends had been unable to attend, so rather than let the tickets go unused, we found our seats and I headed outside to give them away.  I thought it would be an easy task.  The theatre was in a busy area and I would be able to catch people before they arrived at the ticket booth, saving a family money and the potential of a sold-out show.

For 10 minutes I  stood there offering them to those passing by. Every person looked at me and then the tickets with suspicion and a quick “No thank you, we’re fine.” I knew they were fine, that wasn’t the point. The point is I had something they all wanted, in fact they were all heading to a line to buy something I could give them for free.  And I had no takers – no one, absolutely no one wanted these tickets. Finally cold, tired and completely frustrated I walked inside and joined my family.

The first words out of my mouth were “No one wants grace – no one can accept these for free!” I have thought about this single event many times since it happened. The tickets were a complete waste, never used. Thrown away to add just one more bit of trash to an already full landfill, never fulfilling their purpose.

The movie, Babette’s Feast, takes place in 19th Century Denmark, in a small village. Two aging sisters center their life around the church their now deceased father pastored. The church congregants operate under rigid rules and a commitment to austere living. Both of these sisters had opportunities to leave the village earlier in their lives, but not wanting to go against the wishes of their father, they stayed. Now it is many years later and a French refugee, Babette, has landed on their doorstep. She has no money and nothing to give, but the sisters take her in and she begins to cook for them. 14 years later, Babette receives word that she has won a lottery of 10,000 Francs. It coincides with what would have been the 100th birthday of their father. Babette convinces the sisters that she wants to cook a special feast for this anniversary. She sends her nephew to Paris to bring in the finest ingredients imagineable for the dinner.

As plans for the dinner unfold, the sisters begin to worry that the meal will be too sumptuous, too pleasureable so they hold a meeting with the other congregants and decide that though they will eat the meal, they will not show any pleasure in doing so. To show pleasure would be to sin.

The day of the feast arrives, and an unexpected guest, a former suitor of one of the sister’s arrives. He is now a famous general and has married someone of royalty. He ends up at the dinner but knows nothing of the plans to show no pleasure. As he begins to eat, he is amazed at the dinner. He showers lavish praise with every bite and tells stories of the food he is eating. He is astonished at the beautiful food and drink. Everytime Babette comes into the room, he marvels to her, finally saying the meal rivals the best meal he has ever eaten, and that at Café Anglais, an expensive restaurant in Paris.

During much of the movie I wanted to scream at the villagers “Don’t you see what’s in front of you? Just enjoy it! Enjoy the gift! Take, eat, drink – this is a gift of grace. Don’t refuse it!”

Instead, I watched while the General’s enthusiasm and the beautiful meal break down barriers and walls that the villagers have constructed and all begin to enjoy the meal. At one point, the General raises his glass and makes a toast: “Mercy and truth, my friends, have met together. Righteousness and bliss shall kiss one another.”

At the end of the evening, in a small kitchen full of dirty dishes and remnants of the feast, the sisters find out that Babette has spent every penny of her winnings on this meal as a gift. The cost of the meal equaled the cost of one meal at the restaurant in Paris. It is then that they learn Babette was the chef at the Café Anglais.

Babette’s Feast and the refusal of the tickets I tried to give away have something in common. They are a reminder of how easy it is to refuse grace – we’d rather work or pay to earn what we get. The idea that grace could be free brings up a suspicion and potential hostility in us. If we didn’t earn it, we don’t deserve it. If we didn’t pay for it, we shouldn’t have it. We can’t relax and enjoy a good gift.This spills over into what we think others deserve, or don’t deserve.

The less I am able to receive grace, the more it affects my view of the worthiness of those around me. I see them undeserving of grace.

This is a terrifying thought and pulls me into a dangerous place. A place where I put myself and all those around me out of the reach of grace. I have no answers for this other than when I catch myself in that position, to cry out to God to stop me,  to reach out with all I have, and grab this gift, with the hope of convincing people that it is of far greater value than mere movie tickets.

“Grace is Everywhere,” said the dying priest in Georges Bernanos ‘s novel Diary of a Country Priest. Yes, but how easily we pass by, deaf to the euphony.” Philip Yancey in What’s so Amazing About Grace?

One thought on “Simply Grace” 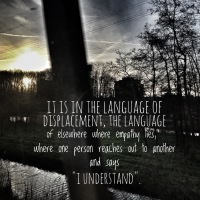