In the United States there has been another mass shooting. As bad as it is to wake up and hear this news, it is nothing compared to those who lived through it and are even now trying to make sense of the horror.

I began the day by reading about refugees and resilience. The specific article I was reading is a fascinating study on refugee care. The authors want to move refugee work away from being completely trauma-focused and instead focus on the strength of the refugee, changing the focus of care from trauma to resilience.

I was thinking about this as I drove on Memorial Drive in Cambridge. Monday mornings you will usually find me waiting for the subway at 6:30 in the morning. Today I will be in Worcester guest lecturing for a class at UMass School of Nursing, so I had the rare privilege of driving in brilliant fall sunlight by the Charles River.

As I was driving, lost in thought and thinking about resilience, I saw a young man running along the sidewalk.

Seeing a man running  on the banks of the Charles River is a usual sight in our area. No matter what the temperature, and it is definitely getting colder, you will see runners of all sizes, shapes and abilities.

But this man was different. Because he had no legs.  He was running, faster than I ever could, on two metal prostheses. In an instant, my day changed. I sat at a traffic light as the man ran past. I caught up with him, but just barely, in my car going 35 miles an hour. His strength was incredible. I wanted to stop and ask him his story. How had he lost his legs? When did he get the prostheses? What was the recovery like? How? Why? When?

I slowed down, just so I could see him in my side mirror a bit longer. It was this incredible picture of strength in the midst of adversity. This guy wasn’t sitting at home whining, angry at life and at his circumstances. He was out on a beautiful fall day, using his artificial legs on his God-given body.

I thought of the article I had read earlier, and of the man who I had observed running. It all connected. Resilience, strength, moving past your circumstances and forging ahead with what you have.

Alain de Botten says that “A good half of the art of living is resilience.” I think about this and realize that I tend to focus on the trauma, on the hard, on the seemingly impossible. But those whom I’ve recently met, they focus on the strength. They know their stories, they are not in any sort of denial, but they also recognize that they survived their stories The trauma was significant, their resilience more so.

One of my closet friends is a gifted counselor. She specializes in kids and teens – those who are the most wounded in the population of children. She has seen and heard about more horror, evil, and trauma than I can imagine.  Yet she remains calm and gifted in her work. I asked her one time how she does it, how she continues to counsel those who are so hurt. She responded “In the worst of situations, I see and am amazed at the strength and resilience of the human spirit. And that reminds me over and over that we are made in the image of God.”

It reminded me again of how much I have to learn about resilience and hope on a Monday morning. 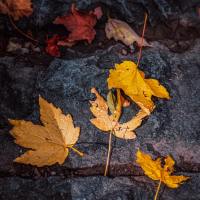