Hospitality—and a Trust Fund by Robynn. Today concludes the miniseries on Hospitality. If you haven’t had a chance to read through them, you may want to go back to the beginning. It’s been a great series, rich in wisdom and practical advice. 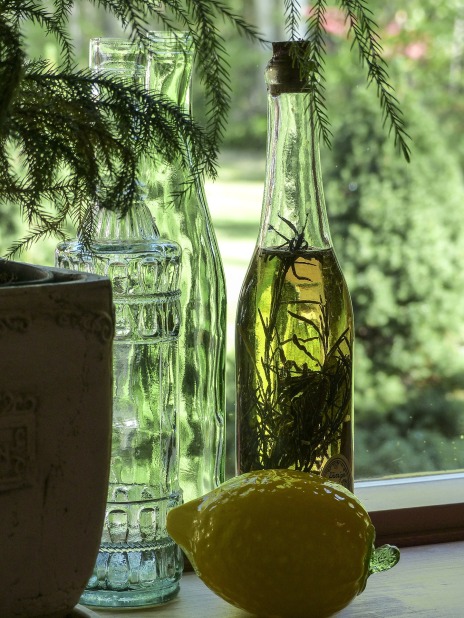 Tucked into the middle of a book, smack dab in the middle of the Old Testament, outlining the epic adventures of the Kings, there is a tiny tale of humble hospitality that has always captured my imagination. God had made a commitment to keep the prophet Elijah fed during a devastating drought. As the story goes, Elijah arrives at a village and happens upon a widow collecting firewood just outside the village. He asks her, rather brazenly I might add—although he does say, “please”, for a drink of water. Just as she is going to get the water, thinking he’s at some sort of eatery, he changes his order, and asks her to bring some bread too. She turns to him, probably a little annoyed—or at least I would be—and swears that she only has enough flour and oil to make one more meal for her and her son. She certainly doesn’t have enough to even entertain the idea of feeding this additional guest too.  Elijah responds with a challenge to show hospitality even when the resources are low. He tells her that if she’ll make a little bread for him first, and then use whatever leftover ingredients she has for her small family, she will never run out of flour and oil as long as the drought lasts. Here’s the part in the story where the widow and I are nothing alike! She did just as Elijah suggested. I would have balked, mumbled, told him to take off. But the widow followed his advice. She made Elijah some bread first and then she made some for her and her son. True to what the prophet had said the oil and the flour never ran out.  “There was always enough flour and olive oil left in the containers, just as the Lord had promised through Elijah.” (I Kings 17:16)

Last week I posed the question to my Facebook friends, “What’s the best advice you would give on offering hospitality?” The responses were so overwhelming and so rich in content. Those insights inspired the last couple of blog posts I’ve written on hospitality. One friend Kendra Hildebrand, who once, years ago, was in our home as a guest, addressed the issue of expense. It costs money to have people in your home. Even if you prepare simple dishes, or simply set out cheese and bread, those are things you could have used to feed your family. How will the grocery budget stretch to include feeding additional mouths? I love Kendra’s response to her own query:

I don’t know how widespread this thought is, but hospitality does get to be expensive. Sometimes we have to wait to buy groceries until we get paid, even when there are things we need. I’ve seen this so many times in other counties we’ve visited–whatever the financial situation of the host, it doesn’t matter, they give the best (to their guests). Joel and I have adopted this mindset as best we can, and God always provides a way to give our best.
One time, two weeks before Christmas holidays we had company over. We basically used whatever food we had in the house. A large unexpected expense came up and we couldn’t afford to get more groceries. A couple days later some friends came and dropped off a large bin and a large box of food from the food bank–enough to last us two weeks. (It was) humbling and emotional to say the least. We’ve never looked back. Whenever we feel a prompt from the Holy Spirit to have people over we take it. I think hospitality is also a showing of thanks to God and trust in him.

Kendra’s story is a modern day version of the widow’s at Zarephath. Kendra and Joel took God at his word. They generously invited others to share the last of their oil and flour and God provided for them.

As followers of Jesus, I don’t think we’re given much choice. Generosity is the only response of a heart so generously cared for. Stinginess is not hard to cultivate. It’s not difficult to think only of your self. I do it all the time. Generosity on the other hand is “other” worldly. It’s not natural.

Today in an email sent out from our church one of the pastors had written this:

Hospitality is a great way to act out our trust in God. It’s a great way to respond to his generosity to us. If money is tight the natural temptation is to hunker down; put a moratorium on all spending. Yet, the prophet, Elijah, challenged the widow to another purview, a different way of thinking about things. Give first. Be generous. Sacrifice. And then watch how God will miraculously fill your oil jug and your flour canister.

Our December was akin to Kendra and Joels. Money has been weird lately. Death and moving are expensive. Bigger houses cost more to live in. We’ve struggled to bounce back from last summer. On December 4th, after the bills were paid, we had a bank balance of $480. The month stretched long before us. And it was December. I was keenly aware that Christmas was tucked in there too.

We did what we’ve always done in those types of situations. Lowell and I looked at each other and then we looked at the birds. Jesus told his followers who were stressing about similar things: “That is why I tell you not to worry about everyday life—whether you have enough food and drink, or enough clothes to wear. Isn’t life more than food, and your body more than clothing?  Look at the birds. They don’t plant or harvest or store food in barns, for your heavenly Father feeds them. And aren’t you far more valuable to him than they are?” (Matt 6:25-26) It’s the type of bird watching we’re good at.

When I look back on December I’m still astounded. Everyone got Christmas presents. We ate celebratory Christmas treats! We had a turkey dinner with all the fixings. We enjoyed wonderful evenings with delicious meals with three groups of friends. My parents came to stay for two weeks. My brother and his family came for four days. I have no idea how that happened….but I think it probably has something to do with using the last of our oil and flour early in the month!  God generously met our needs. He kept the containers full!

2 thoughts on “Hospitality – and a Trust Fund”