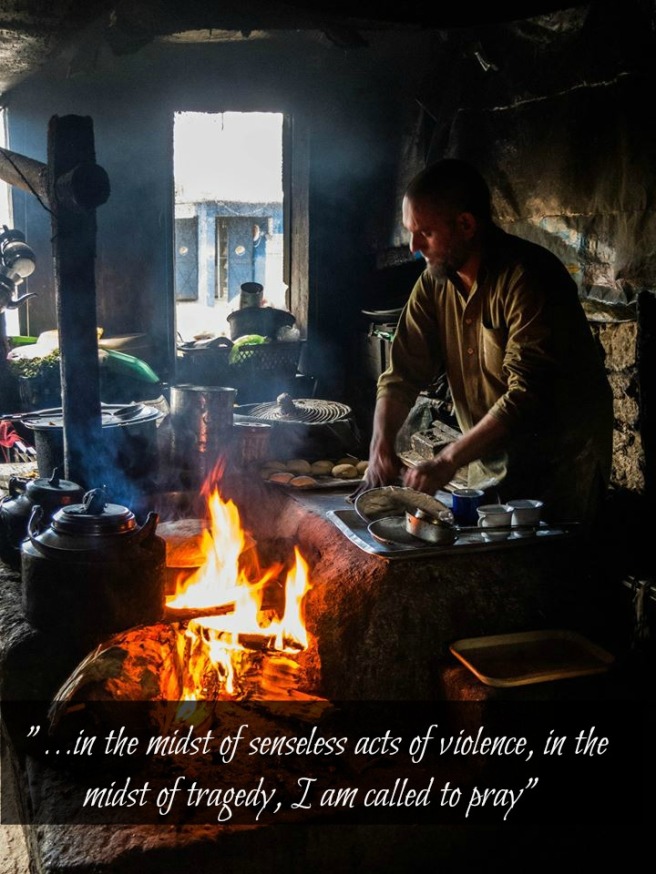 “My sons were flowers, borrowed from God.” grieving father to Reuters correspondent @mehreenzahra.

“Next to a tiny body bag, there is dried blood on this hospital floor. Trampled by footsteps of crazed parents, resolute attendants #Peshawar“

In the midst of work emails, a cup of coffee, and trying to plan my day the news of the attacks at a school in Pakistan came into my world. The news came the way it usually does – through a fellow third culture kid who also grew up in Pakistan and loves the country the way I do.  The way so many of us who took our first baby steps on Pakistani soil love the country and her people.

An attack in a place you love against a people you love feels personal.

The attack happened at a public military school in the city of Peshawar located in the northwest part of the country. Growing up, Peshawar was a common stopover during vacations when we would go to the Swat Valley, or to Afghanistan through the Khyber Pass. It is in the northwest part of the country, the capital of Khyber Pakhtunkhwa. Peshawar is considered the “oldest living city” and has a history that goes back to 536 BC. It is a city of trade and boasts ethnic and linguistic diversity.

Over 130 dead and counting. Most of them are children.

The school is run by the military, largely for the children of military families, but there are also civilian students. A large group of them were in a main auditorium, ironically having a lesson on first aid.

Killed by Taliban insurgents. To punish the military? To what end? For what?

The evil is a stench.

The body count rises even as I scan the internet for more news. Reports of crazy militants, dead bodies of children, chaos and grief are inescapable. I feel nauseated looking at them. Yet I can’t help myself. It’s the only thing I know to do. I can’t get on a plane and go to Pakistan. I can’t use my nursing skills or sit and comfort the grieving. And so I peruse every social media site I can and watch the world step back in horror at a heinous act.

I want to scream “Does this pain matter? Does it matter to you God?”

I look back at the words I wrote after the marathon bombing that happened just a mile from where I now sit. I cling to them and reread them, make them applicable to this horror in Pakistan, even as I pray.

“The collective grief makes me want to scream, anything to release the sense of helpless fury in the midst of senseless, inane violence. The images of the news juxtaposed against the images of Christmas make me feel guilt as I sit in comfort looking at a tree with sparkling lights, candle light, gifts.

Five times a day a Call to Prayer rings out across the Muslim world. Five times a day for much of my life I have been reminded to lift my heart in prayer. And the five times stretches to many times in between until I realize I am slowly learning that I can’t make it through this life without prayer; that the exhortation to ‘pray without ceasing’ is life-giving. That in the midst of senseless acts of violence, in the midst of tragedy, I am called to pray. Called to pray to a God who hears and loves, a God who is present in tragedy and accepts our “why’s”, a God who knows no national boundaries or citizenship, a God who took on our human pain and suffering when he “willingly endured the cross”.

In the middle of my rambling words comes the voice of wisdom and grace through my sister-in-law, Carol.

“The call to prayer is ringing out now.

‘Come Lord Jesus’ is the cry of my heart! We live in a pained confused world! There is chaos that mars the landscape of God’s design. Yes we do experience His mercy and grace but the ache, the groan of pain is heard all around.”*

This is my call to pray. To pray for Pakistan, pray for her people and her land. Pray for healing. Pray for change. Pray for proper condemnation of the act. Lord have Mercy, hear my prayer.

“The joy of God goes through the poverty of the manger and the agony of the cross; that is why it is invincible, irrefutable. It does not deny the anguish, when it is there, but finds God in the midst of it, in fact precisely there; it does not deny grave sin but finds forgiveness precisely in this way; it looks death straight in the eye, but it finds life precisely within it.” Dietrich Bonhoeffer as quoted in First Things

19 thoughts on “Mourning for Pakistan” 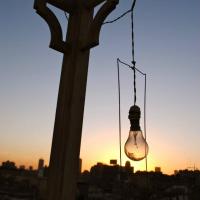 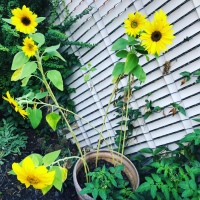 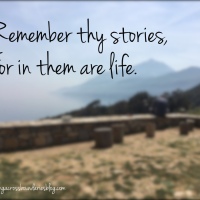