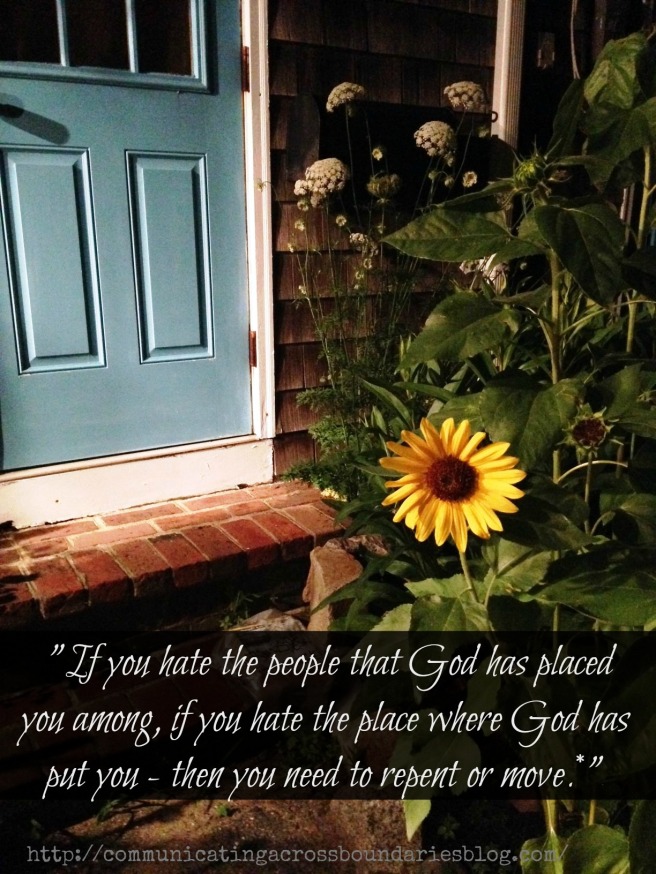 In a city, one street over may be the difference between safety and danger; between keeping your possessions and getting robbed; between walking freely and running in fear.

Sometimes its even one side of the street that is less safe. Like where I get off the subway. A while ago I talked about how I crossed to the other side. I didn’t want to face what I was facing, it was too hard and I felt too helpless. And when I didn’t feel helpless I felt judgmental, angry at those sitting on the sidewalk with their paper cups designated for money and their raucous laughter and dysfunctional yet amazing community of the homeless. What I haven’t talked about is how I’ve stayed on the other side.

It’s so much easier. I get off the subway, I walk up the stairs and there I am out in the open on the other side of the street. It’s the side with the famous graveyard where Mother Goose, Paul Revere, and five victims of the Boston Massacre are buried. The graveyard that has been there for over 350 years and sits solid, well cared for, and silent on these city streets. No one in the graveyard is asking me for anything.

I said hi to Valerie – it’s been so long since I’ve had a conversation with her. I exchanged banter with two younger homeless men, I stopped and talked to Mary who sells the Boston Herald, that terrible excuse for journalism. I re-engaged after being disconnected for a long time.

In the big scheme of things perhaps this is nothing, but for me it is something. It is a concrete action. It may sound foolish but it’s a small step in being faithful. Because I’ve been trying to figure out what being faithful is all about. And in this moment I know, being faithful is re-engaging with the world around me.

A pastor friend who is much younger than me said one time “If you hate the people that God has placed you among, if you hate the place where God has put you – then you need to repent or move.*” Those words are strong words but I think they are true. If I hate the people around me, if I despise the streets I walk and the faces and spaces that I interact with every day, there is something desperately wrong. And I admit, I’ve had my times of begging God to move me, of feeling there was no way the hate would ever go away. One time he did move me and I was so happy.

I arrived in my new place in 122 degree heat in the middle of July. As I stepped outside of the airport, met by the desert heat, palm trees and Bougainvillea, I breathed a sigh of freedom. I no longer had to try anymore. My chains were gone and I could embrace the start of a new life.

How about you? Do you love the people God has placed you among?  Do you need to re-engage or do you need to move?

*I first heard this from Chris Gonzalez, Pastor of Missio Dei in Tempe, Arizona 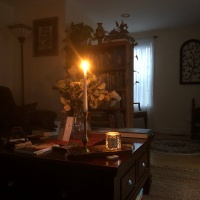