Words are important. We use them everyday, all day. They describe what we want, what we think, how we feel and a myriad of other things. Language, words are an amazing communication tool.

Take the term TCK or third culture kid. Many don’t know the definition of this term. While there are a couple of different definitions, this is my favorite: “A Third Culture Kid (TCK) is a person who has spent a significant part of his or her developmental years outside the parents’ culture. The TCK frequently builds relationships to all of the cultures, while not having full ownership in any. Although elements from each culture may be assimilated into the TCK’s life experience, the sense of belonging is in relationship to others of similar background.” American Sociologist – David C. Pollock

There are some words that describe better than others the TCK journey. Some of them don’t exist in the English language, so for the English speaker we rely on words from other places, languages. In this post I’ve compiled twenty words that I believe best describe the TCK experience. Some are funny, some are sad, but all work well when we struggle to articulate our particular journey.

Adopted country – Those countries that take us in and raise us as one of their own, yet we know we don’t ultimately belong to them.

Adult Third Culture People – Our parents, or other people who have chosen to make another country their home for a long period of time. Unlike the TCK whose developmental years are formed through living in a country other than their passport country, this person is a fully developed adult when they make this decision. Thus the difference in perspective.

Belonging – That sense of being a part of something that we long for and wish for but that seems to elude us, always remaining just outside of our grasp.

Code – switching – The process that goes on internally while we are interacting with people from other countries and cultures to determine how to best communicate with them.

Cultural Confusion – What happens when we are faced with pop culture or culture cues that we are supposed to understand from our passport culture, but realize we are clueless as to their meaning.

Fernweh – originates from German. Distance Pain. The sense or feeling of wanting to be somewhere else. A reverse homesickness, a longing for a place that isn’t where you are right now.

Hiareth – Welsh word with no English equivalent that is best translated as “a homesickness tinged with grief or sadness over the lost or departed.” Often spoken of as a wistfulness or longing for something of the past that no longer exists.

“Home” – that ambiguous place where either our cat lives or our suitcase is unpacked. Not necessarily a geographic location but a place defined by memories, events, people and places that span the globe.

Identity – A government document issued by our countries of citizenship that indicates all the countries we have visited or lived – otherwise known as a passport.

Invisible Immigrant – understanding the migrant experience to another country yet being seen outwardly as one who is originally from that country; that sense of having much in common with the immigrant experience and yet looking so much like those around us that we are assumed to be one of the crowd. Our immigrant sensibilities are invisible.

Language of Elsewhere – A language without grammar or syntax, past tense or present perfect or superlatives. The language of ‘other’ best spoken with  tea, coffee, talk, meals, reaching out, asking questions, sometimes shopping, most of all – time.

Nostalgia – a longing for the past that we have created, the one that helps us escape our current reality; a suffering “caused by an unappeased yearning to return.”

Saudade – Portuguese word – a “vague and constant desire for something or someone that does not or cannot exist. Not a discontent but a vague and indolent longing.”

Killing the Saudade – the act of getting together with those who understand your ‘saudade’ and reminiscing or participating in some activity reminiscent of your past (eg eating a meal at a restaurant that serves food from your adopted country). This can kill those feelings – for a while.

Sun-drenched Elsewheres – The opposite of a sedentary life; those places that we are haunted by and dream of going to.

Third culture kid envy – The sense of ill will that rises in us like bile when others are traveling to or writing books about those places that we consider as our own.

Third culture kid bigotry (or prejudice) – The unfortunate “I am better than you” that can arise as a result of feeling ‘other’ and manifest itself in various ways, occurs primarily in our passport culture.

Third culture kid grief – That grief that is a result of too many goodbyes, too much change, and unspoken sorrow.

Tribe – Our people, our group of other third culture kids from varying countries and nationalities that share a common language and experience.

What would you add to these words? What other words are a crucial part of the TCK lexicon? 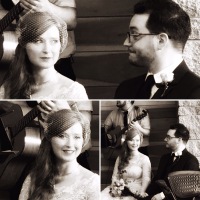 There is a lot of hard in the world. Every where you turn, there is evidence of the hard. But there is also joy and beauty.
“….And now these three remain: faith, hope and love. But the greatest of these is love.”*
More pictures to come, but the magical joy of witnessing sacred vows and the sacrament of marriage followed by a beautiful party overwhelm me. I am so grateful.
Pacific Coast, Ocean waves, Joining Families = PRICELESS