In January, my husband went to Iran, a place he dreamed of visiting for 30 years. I am delighted to have him guest post for Communicating Across Boundaries these next 3 days. Cliff writes from his short time there and it is interesting, insightful and humorous. Enjoy!

I had the fortunate opportunity to participate in a 10-person peace delegation with U.S. Academics for Peace to Iran last month. The underlying motto of USAFP is “peacemaking is essential or conflict is inevitable.” We had been in negotiations with the Iranian Ambassador to the U.N, Dr. Mohammad Khazaee, for over two years to bring a group of academics to Iran to meet with Iranian academics, political leaders and clerics. In December 2013 we were given the green light and approval for ten visas to bring our delegation in January 2014. We were one of the first American delegations invited to Iran after the inauguration of Iranian President Hassan Rouhani in June 2013.

After months of planning our delegation assembled at the Frankfurt Airport and boarded our non-stop Lufthansa flight to Tehran. We were seemingly the only Americans on the crowded flight. There were some German tourists and businessmen, but most of the plane occupants were Iranian. When our plane landed in Tehran the flight attendant made two announcements:

“We are arriving at Iman Khomeini International Airport. No photos of the airport are allowed.”

“All female passengers are required to have their heads covered by Iranian government decree before disembarking the plane. Welcome to Tehran.”

Two of our delegates were women and had already covered their hair with scarves. One delegate had lived in Iran in the early 1970s and spoke Farsi (modern Persian). As we filed out of the plane at 1:00am we were greeted by a man holding a sign with our names on it. Mind you just our first and middle names. We were taken down a short flight of stairs to a van waiting on the tarmac and given preferential treatment as guests of the Foreign Ministry. Somehow in the process we “lost” one of our delegates and obtained an inebriated German businessman. We were taken to the VIP Lounge, replete with comfortable couches, pots of hot tea, and trays of fresh fruit and desserts. There representatives from the Foreign Ministry, our tour company and the Ministry of Science and Research Technology welcomed us while our checked luggage was being recovered, (as well as our missing delegate, replete with her mandatory headscarf). One by one we were to go to see Mr. Mahmoud, who would fingerprint us using a digital scanner for each digit of our right hand. I was the second to go and for some reason I was doing it incorrectly so Mr. Mahmoud showed me the proper way and my ring fingerprint is really his. How fortunate for me.

After three hours at the airport we were taken in two vans to our hotel in the northern (and more affluent) section of Tehran. Our delegation had been warned of Tehran’s notorious entangled traffic, but luckily we were driving at 3:00 in the morning so encountered almost no traffic upon arrival. During the next six days we were to experience many hours sitting in Tehran traffic. After having lived in Cairo, Egypt for seven years, this traffic did not seem that different with one exception —Cairenes use more horns.

While in Tehran we stayed at the former Hilton hotel, called Parsian Esteghlal (Independence) Hotel. Each day we encountered the daily breakfast buffet in the Yas Restaurant. You provided the maître d’ with your room number and the requisite, good morning in Farsi, sobh bekhayr. The buffet was plentiful with an omelet station, fruits, cheeses, olives, breads and cereals. I had the fresh squeezed sour cherry juice each day. On my first day I met a waiter and tried to thank him in Farsi, merci. Unfortunately Farsi does not have a specific word for thank you, they use the French loan word, merci, or Arabic loan word mutchekar. I accidently used the Turkish word teşekkür ederim. My waiter leaned in close and whispered, “Turkish?” I nodded, and he smiled and pointed to his chest and whispered, “Azeri.” Azeris comprise 16% of the Iranian population and are primarily from the the Northwest corner of Iran from the city of Tabriz. Each day he would greet me and bring me special cups of chai and would lean in and whisper “very best Iranian chai.”

HOW TO HANDLE YOUR HANDLERS

When we arrived at our hotel the first night we were introduced to our “handlers”. We had our tour guide, a Foreign Ministry protocol guide, two drivers and between 4-6 other “handlers” during the week. We were told that since we were American citizens we were only allowed to be escorted by these “guides” at all times. Our handlers were very educated and articulate men with great senses of humor. Most of them had lived in other countries and spoke excellent English. At first it felt constricting and I’m sure that I could have easily eluded them during our trip but thought better of it, deciding to interact with them and obey the security protocol. I never once felt unsafe or in a precarious position during our time in Tehran or Qom.

During our week-long stay our delegation attended 2-3 meetings a day with Iranian academics, political leaders, researchers and clerics. The Foreign Ministry had made sure that we would meet with the key people in each of these spheres. We were greeted warmly at each gathering with a crowd of Iranian delegates in formal conference-styled arrangements with named placards, microphones, and bottles of water and showered with coffee, tea, sweets and fruit. Most of our interactions were in English, with only some translation needed into Farsi. We were told on more than one occasion that there were more U.S.-educated Ph.D.s in President Rouhani’s cabinet and circle of advisors than in President Obama’s.

Our meetings were full of substance, candor, honesty and a true dialogue between American and Iranian academics and theologians. Our last meeting consisted of a three-hour dialogue with Iran’s chief nuclear negotiator and provided insight into Iran’s desire to interact more with those in the West, and especially in America. We were encouraged to organize more delegations and to bring more academics and graduate students back to Iran. It is a pivotal time for our two countries to begin to trust each other again.

One cannot overemphasize the extent of how hospitable Iranians are. Our Western media has portrayed Iranians as angry, haters of America and Israel, deniers of the Holocaust and oppressors of freedom and women’s rights. We often let one event or person brand these stereotypical messages into our brains and we no longer question their validity. But the truth is far more complex. I can only say it is amazing to arrive in a country and have almost everyone you meet greet you, welcome you and serve you with extravagant hospitality. Each meeting we had consisted of Iranian tea, chai, served in clear glasses. Most tea is served with small sugar cubes which you dip into the hot tea and then place in your mouth to dissolve as you sip the tea. They also served tea with rock candy sugar on sticks and you swirled it in the tea as it dissolved. One of our delegates didn’t know what to do with it and was seen licking the rock candy directly. There is something to be said about the sharing and drinking of chai together with strangers and with friends. We continued to use the phrase, “Governments have interests, but people have friends.” Our delegation was peace making over glasses and glasses and glasses of chai.

Tomorrow join in for Part 2 where you’ll hear about nose jobs, Shi’a clerics with a sense of humor and crashing an Iranian wedding. 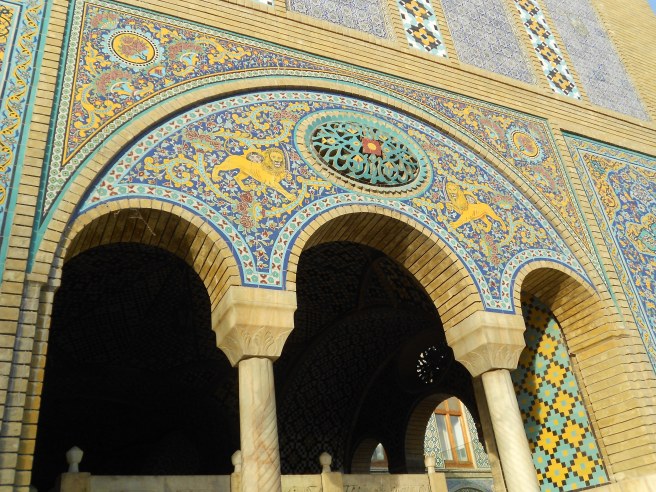 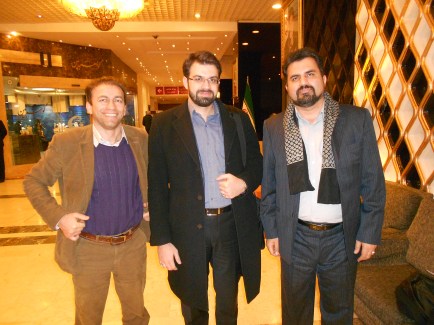 About the author:Cliff Gardner is the Senior Administrative Manager of Research in the Department of Medicine at the Massachusetts General Hospital in Boston. In addition he serves as the Middle East Program Director for Conscience International, a humanitarian relief and development organization that implements life-saving medical interventions, refugee assistance, and community development programs following wars and natural disasters.

75 thoughts on “Behind the Persian Curtain: An American in Iran: Part 1” 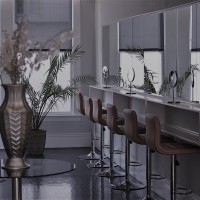