“For a serious offense writes” psychiatrist Aaron Lazare “such as a betrayal of trust or public humiliation, an immediate apology misses the mark. It demeans the event. Hours, days, weeks, or even months may go by before both parties can integrate the meaning of the event and its impact on the relationship. The care and thought that goes into such apologies dignifies the exchange. For offenses whose impact is calamitous to individuals, groups, or nations, the apology may be delayed by decades and offered by another generation.”*

In 2002 the Institute of Medicine released a report calledUnequal Treatment: Confronting Racial and Ethnic Disparities in Health Care

The report was a landmark study that documented the disparities that racial and ethnic minorities experience even when their insurance and income are the same. Prior to the study, many thought that the narrative of disparities verbalized by both patients and health professionals was just that – a narrative. Or they thought that it was about health care access. The conventional wisdom was that if you give a person health care access the disparities will go away.

In fact, they found this to be categorically false. In compiling hundreds of studies across the nation, documented disparities were found in almost every area of health care. Here are just a few of the disparities found:

Many factors contribute to these disparities – it is complex and the report gave a number of recommendations. It demonstrated that we have a long way to go to provide equal treatment for the minority populations in the United States.

Between 1932 and 1972 the public health service of the United States enrolled 600 poor, black men into a study to document the effects of untreated syphilis. Approximately 400 of these men had syphilis before the study began. The men enrolled thought they were receiving free health care from the government and they were promised food, burial insurance, and medical care for participating in the study. They were merely told they had ‘bad blood’ and were never treated for the disease. In the early 1940’s Penicillin had become a standard and effective method of treatment for the disease. None of these men received penicillin, in fact – treatment was never offered for 40 years. The study is known as the infamous Tuskegee Syphilis Experiment.

It has been 42 years since Tuskegee and to this day, it is difficult to get African Americans to participate in research studies. It does not take a rocket scientist to wonder why.

It was 30 years after Tuskegee that the report Unequal Treatment was released.

I am a white woman. Anyone who reads this blog and has seen any pictures knows this. I did not grow up in this country and did not think about race – ever. I was raised as a privileged white minority in a country that still had memories of British occupation where whites ruled and were regularly sent to the head of the line. I now work as a nurse in public health with minority populations and regularly confront issues of racism and unequal treatment in health care.

And I want to apologize. It doesn’t matter that I was not involved with Tuskegee. It doesn’t matter that I was not one of the care givers in any of the studies documented for Unequal Treatment. What matters is that I am part of a health care system that has routinely discriminated against people because of their color; a system that has treated people unequally based on their outward appearance, not their presenting symptoms.

To use some of the words of Aaron Lazare who I quoted above – these offenses were calamitous to individuals, to groups, to our nation as a whole.

In Notes from No Man’s Land, author Eula Biss talks about being a teacher at a public school in Harlem. A young boy a foot taller than her hissed at here in the hallway. As she sat in the principal’s office, waiting while the principal went to “hunt him down”, another kid stepped into the office. She writes the following about the interaction:

“I’m sorry I sexually harassed you.” I stared at him. He wasn’t the same kid. “But it wasn’t you.” I said finally. “Yeah,” he said as he pulled down his baseball cap and started to walk away, “but it might have been my cousin.”

So today, as we near the end of Black History Month I borrow from the last sentence of Eula’s book. I apologize for Unequal Treatment. I apologize for Tuskegee. Because no – it wasn’t me — but it might have been my cousin.

4 thoughts on “Unequal Treatment and Tuskegee” 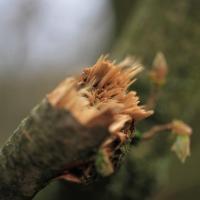 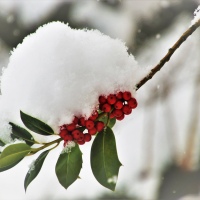 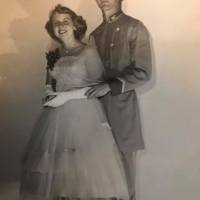