I remember the first time I did it. You do it once and you can never go back.

It was a John Grisham novel – The Firm. We were living in Cairo and my husband was traveling. I had little kids — four at the time. I had bathed, storied, and kissed them and as I passed bedrooms I could hear their soft, rhythmic, innocent breathing.

This was My time.

I lay in bed and picked up the book. The only reason I hadn’t read during the day was time. And now I had time.

I began reading. And I read, and I read, and I read some more. I was deeper and deeper into the novel. I knew it was late but I avoided the clock. When I finally looked, it was already 2 in the morning. I knew I had to go to sleep. But I also had to know the end. I had to. I couldn’t stay up reading — I was single parenting, making sure four children were where they were supposed to be, when they were supposed to be there. But I wouldn’t be able to sleep if I didn’t know what happened. Would the lawyer and his wife make it?

It was a moral dilemma. I knew that ‘real book lovers’ don’t read the end of books. I knew it was a moral code that could mark me for a long time.

So I did the unthinkable – I skipped to the end. I read the end of the book.

Even now I feel the shame of it, the magnitude of that one act, that one time. Because I knew if I could do it once – I’d do it again. And maybe again. And then maybe I’d do it one more time…..

What about you? Have you ever skipped to the end of a book? Did you break the unspoken law of book reading? Tell all through the comments.

Readers – Today Communicating Across Boundaries celebrates 1000 posts! You helped this milestone happen by reading, contributing guest posts, and interacting with pieces that you read, posts that resonated in your heart and soul. Thank you! Here’s to 1000 more! (If blogging even continues as a ‘thing’, right?!)

31 thoughts on “Books and My Moral Dilemma” 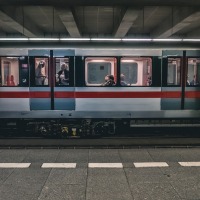