Readers – Here’s a Fun Fact! Both Robynn (from Fridays with Robynn) and I have our noses pierced. We got them pierced years ago — years before it was cool to do so….! And the thing is – we’ve sort of forgotten that they’re pierced. They are so much a part of us. Until something happens…..Join Robynn for (Surely my identity is not) Skin Deep.

Last week was a wonder week. I cancelled everything. I stripped it down to an empty calendar. I needed to rest and recover. I had an episode of vertigo that knocked me off the my kilter the previous weekend but I was also just worn down, tired out, empty.

So I took a week off.

And it was lovely.

Until I realized, to my horror, that my identity is only skin deep.
On Thursday I was dressing in a rush. I pulled my tee-shirt over my head and it caught on my ski-slope nose, grabbed onto my nose pin and yanked it out. With my shirt safely on I began to look for my nose pin. My husband, seeing my distress, immediately began to help me. We searched. We patted down the carpet, feeling for it with each tap. We looked in my shirt. We looked on the bed, under the bed, on the cat, under the cat. It was nowhere. The magic tee-shirt had made it disappear!

Really in the large scheme of things,….it’s no big deal. And yet you wouldn’t have known that by my response. My eyes filled with tears and I began to sob. I cried hard. I fell apart. Lowell kindly held me, knowing somehow, that this was bigger than a nose pin.

The nose pin disappeared in the context of a bigger identity quest. We’ve been back in the US now for 6 years. I feel in my bones that it’s time for a big change. It’s time to move on. It’s certainly time to live again someplace foreign and then familiar. It’s just time. But a move isn’t on the horizon. The suitcases are safely stowed downstairs. The passports are in the tornado-safe safe. No one here is going anywhere.

My nosepin served to mark me as a little different. Although nose piercings are now in vogue for the younger generation, it’s still a mark of peculiarity for a middle-aged woman. It set me apart. It said she may look like you but she’s foreign, strange, from a different place than you. And I liked that distinction. It was a forever reminder of my other places: Pakistan and India.

I first had my nose pierced when I was 18 years old. Boarding school ritual always included an “under pillow present” for the first night of boarding. After agonizing goodbyes mom and dad would drive away through their tears. I would stand at the bathroom window and wave until they were gone from sight. And then I’d wipe the tears from my eyes momentarily and rush to my pillow. Underneath it was always a little present of some kind. When I was in grade 12 that present was a note with some money saying that I could get my nose pierced! I was ecstatic! I had wanted that for a long while and it thrilled me that my parents had said yes. The one stipulation mom and dad placed was that Marilyn Gardner had to be the one to take me. Even in those days, Marilyn was a trusted person. She was a nurse–mom and dad were sure she would take me to a clean, hygienic place. They were probably afraid I’d let the first back alley piercer I could find put a hole in my nose and I’d catch gangrene and a horrendous infection and my entire nose would fall off.

But they trusted Marilyn.

We made a weekend of it! Cliff and Marilyn were living in Islamabad at the time. I caught a ride down the hill and went to visit. They treated me like royalty! They loved on me lavishly. This wasn’t my only weekend with them. Each time was a sweet treat. Coming from the boarding school group, they generously interacted with me as an individual. But this particular weekend visit also included a trip to Jinnah Market. There in an upscale jeweller’s shop I had my nose pierced.

And my soul was further tethered to Pakistan, the land of my childhood.

Just under a year later, after I had graduated from high school, the conservative Bible College I attended requested that I remove my nose pin. They felt it would hinder my settling into Canada. I think they had never encountered such an anomaly before and they framed up their freak out in terms of cultural adjustment. Initially I resisted but then I quietly removed it. I regretted that removal for years. Those years of settling into Canada were so incredibly painful…I actually think having the nose pin might have helped. My fellow students often assumed I was just like them…having my nose pierced would have told them what I already knew:

Years later, after Lowell and I were married, and we returned to Asia to settle in North India the first thing I did was have my nose repierced. My friend, Dianne, accompanied me. We went to a Chinese Beauty Parlour (unsettlingly close to the Golden Dragon Chinese Restaurant!) and the Nepali beautician, with red paste on her forehead and a green gingham apron tied around her waist, pierced my nose.
And so my soul was now tied to India.

But last week it fell out. After twenty years I lost my nose pin. And I didn’t handle it very well. It was like I lost me in the weave of the carpet. I disappeared into the floor of the bedroom. I was yanked out violently and mysteriously I am now gone.
Of course I know logically that I am not my nosepin. My identity is not skin deep. I am more than this outer identifying mark. My counsellor has been slowly telling me, in my moments of agony over issues of identity, that part of who I am is what I contribute. I bring to the world my self, my true self, and I give. That’s helped me deflect some of the inner anguish. I didn’t bring to the world my nose and it’s lovely bling. I bring to the world my story, my passions, my convictions, my experiences, my joys and sorrows, the ways that I am wired and gifted.

The hole has already closed over. I found another pin in my stash of bits and pieces but I couldn’t get it back in. It had already sealed up. My nose feels naked and vulnerable.

Tucked away in the book of Exodus there are some obscure laws concerning servants. In those days if a slave did not want to leave his master – if he loved his master.and wanted to stay, there was to be an outward symbol declaring this commitment. The man’s ear would be pierced and this would be an outward identifier of who he was, and who he loved, who he was loyal to…

This post is not about slavery but about identity. —And my nose pin? It was an outward identifier of who I was and what I loved. Perhaps I should repierce it. Maybe that would serve to settle me here, tether my restless spirit and tie my roaming heart to a new place, to this place.

19 thoughts on “(Surely my identity is not) Skin Deep” 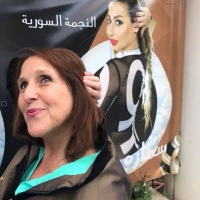 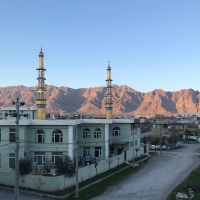 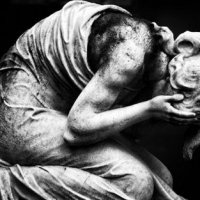 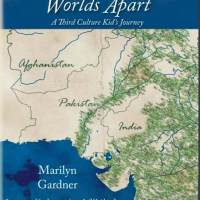