Readers – today I’m over at A Life Overseas writing about Holiday Grace. Would love to have you join me there! Here is an excerpt from that piece:

Tomorrow is the 4th of July – Independence Day in the United States and a national holiday. It’s a day that causes laughter and cross national joking in expatriate communities where those from Britain and the United States work and play side by side; where nation building dissolves and friendships build strong.

I grew up knowing Holiday Grace. Grace that seemed shaken together, running over, doled out in extra measure during holidays celebrated far away from family and passport country.

Because holidays were times when my parents, native to Massachusetts where picture book houses and white picket fences abound, would feel the tug of  home and family. Home and family would grab the heart and squeeze with a vice-like grip of unbelonging and a loud ‘What am I doing here, six thousand miles from all that is familiar?”

There was the time when my mom felt desperately lonely in a small city with no other English speakers, no other expatriates. The large house we lived in was surrounded on four sides by mosques, the Call to Prayer loud in the morning hours and lonely in the evening. It was Christmas time and her heart throbbed with a longing for Christmas at home in New England. Her mind was far away with real Christmas trees, snowy evenings, and family – but her body was in a small town in Pakistan. Holiday Grace came when missionaries from a town two hours away made the long trek on a dusty, partially unpaved road to surprise our family on Christmas eve.  She had gone up to the flat roof and was looking over the city, tears of longing and pity welling in her eyes, when she heard the ever familiar sounds of “Joy to the World.” She thought it was angels heard from the rooftops. And in many ways she was correct. These friends brought Holiday Grace to a young woman’s aching heart as they sat and drank hot cocoa and laughed together until late in the evening.

There was the time when we had no sugar, no flour, and little butter at Christmas. But somehow Holiday Grace abounded and our kitchen was full of spicy goodness. There were Thanksgiving meals at an international boarding school, where those who were not from the United States celebrated hard and graciously. And there were the Eid celebrations when we were invited to join the feasts of our Muslim friends, experiencing the Holiday Grace of acceptance from our adopted country.

Each holiday seemed to be met with this extra grace, Holiday Grace.

I went on to raise a family overseas and began experiencing Holiday Grace as an adult. But it was in our fourth year living in Cairo, Egypt that Holiday Grace came in a way I could never have imagined, much less orchestrated.

It was text-book unmerited favor surrounding me. Read the rest of the piece here.

9 thoughts on “Posting at A Life Overseas – Holiday Grace” 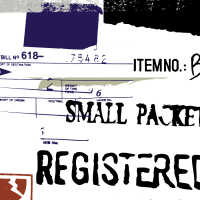