Less than 24 hours ago, we left from Istanbul’s International Airport for a long flight back to Boston by way of Munich.

A city of mosques, vibrant colors, masses of people, human need, and history filled our days.

We returned to a city in shock, trying to make sense of a violent act causing grief and tragedy. The famous Boston Marathon hijacked by evil, a scene resembling a war zone in the middle of this safe city. We received the news by text as we waited on the tarmac, unsure of why we were not allowed to pull up to our gate. This minor inconvenience quickly gave way to shock and sadness. Bombs at a marathon? It all seemed unreal.

Every year since we’ve moved back to the area we have gone to the Marathon. It’s a ‘thing’. We wouldn’t miss it. The only reason we missed it this year was because of our trip.

Our neighbors had been two blocks from the scene and many of the injured were taken to the hospital where my husband works. I hear of more just around the corner, just up the way, others “supposed” to be there but something detained them…it’s all so close.

As for yesterday, the news got worse throughout the evening — untold deaths in Iraq from a series of bombs that went off in cities across the country; an attack in Somalia claimed by al Shabab.

This post is not a pain and tragedy comparison. Pain is pain and death is death. When it hits closer – we feel the pain more acutely, we know those involved, tragedy has a personal note. And we realize this is what many live with day upon day. There is no longer any safety in their cities or towns. All of life revolves around being in the right place at the right time and escaping death or injury.

The collective grief makes me want to scream, anything to release the sense of helpless fury in the midst of senseless, inane violence. The images make me feel guilt as I sit in comfort looking at gifts I have brought home from shopping in a place of color and life.

Five times a day a Call to Prayer rings out across the Muslim world. I am fully aware of the differences in belief systems between Christianity and Islam – yet five times a day for much of my life I have been reminded to lift my heart in prayer. And the five times stretches to many times in between until I realize I am slowly learning that I can’t make it through this life without prayer; that the exhortation to ‘pray without ceasing’ is life-giving. That in the midst of senseless acts of violence, in the midst of tragedy, I am called to pray. Called to pray to a God who hears and loves, a God who is present in tragedy and accepts our “why’s”, a God who knows no national boundaries or citizenship, a God who took on our human pain and suffering when he “willingly endured the cross”.

In the middle of my rambling words comes the voice of wisdom and grace through Carol who I said goodbye to only a short day ago at the shore of the Bosphorous Sea before we boarded a ferry. Carol – who has heard the news of Boston and reaches across the ocean to comfort and encourage.

“The call to prayer is ringing out now.”

“‘Come Lord Jesus’ is the cry of my heart! We live in a pained confused world! There is chaos that mars the landscape of God’s design. Yes we do experience His mercy and grace but the ache, the groan of pain is heard all around.”* 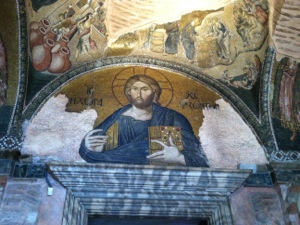 And so I pray the only words I know how: Lord have mercy. Hear our prayer. Free us from our pain. 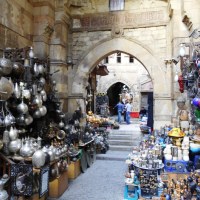 “I will bring the blind by a way they did not know. I will lead them in paths they have not known. I will make darkness light before them and crooked places straight.” Is 42:16
“I [am learning] that prayer is a tutor, not a performance. It’s the stretcher on which we collapse and are carried to the Healer.” from Prayer in the Night
First daffodils = hope and a lifeline to spring. How desperate I am for hope!
Our house in Charlestown is the first of three row houses set in back of a small area graced by the Virgin Mary, or Theotokos (God Bearer)