I became a Dead Head while working in Pakistan with displaced people at age 51. It was an unlikely love story.

I had embarked on the journey a week before, armed with medical supplies and a head trying to remember all my past nursing skills when in crisis clinical situations. I was in Pakistan, my childhood home, working in flood relief after millions of people had been moved into refugee camps because of losing their homes to the rising waters. I had not been sleeping well and woke up early on the one day off I would have in a two week period. I  was desperate for some relief. To make it worse, I kept on telling myself that it wasn’t that hard, that the patients we were seeing had a far more difficult time than me, and that I was a big baby. None of these were helpful in the current situation.

I went into the living room of the small apartment that served as our home during the two weeks. Sleepily I grabbed my iPod, dropped my tired body onto a chair, and scrolled through the play list, hoping to soothe my soul with worship music. I stopped scrolling after a short time, furious. None of my music was there! Instead I had my choice of 1,200 songs from Pink Floyd, Led Zeppelin, The White Stripes, Aerosmith, The Velvet Underground and lesser known bands that I had never listened to. In an instant I remembered that just before leaving Boston my 15-year-old son had told me he would charge my ipod before the trip. As he returned it, he had a smile on his face that I didn’t catch. I was too busy gathering passport, ticket and malaria medication. He had decided to give me a taste of his music on the journey, knowing that I would be unable to do anything about it.

There I was, eight thousand miles from the United States, bone-tired and I wanted to strangle my youngest child. In my frustration I happened to hit play on one of the songs from the Grateful Dead. As I listened to Jerry Garcia‘s folksy voice, the words from a song moved in a melodic moment  from iPod to soul.  “Reach out your hand, if your cup be empty. If your cup is full may it be again.” I began to cry. The sorrow and pain that had been a part of the journey as we daily tried to meet the needs of people in crisis came in a wave.

In what could only be described as a holy moment, the words and music worked their magic. God was present reaching out to fill my cup so I could move forward, meeting me in an unlikely way in the midst of exhaustion and inability.

On that day, in that time I knew two things. One – that I was an unlikely Dead Head, and two – that God’s creative ability to meet us through unlikely venues knows no bounds. Jerry Garcia will forever hold a holy place in my heart.

Reach out your hand if your cup be empty,
If your cup is full may it be again,
Let it be known there is a fountain,
That was not made by the hands of men.

There is a road, no simple highway,
Between the dawn and the dark of night,
And if you go no one may follow,
That path is for your steps alone

21 thoughts on “An Unlikely Dead Head” 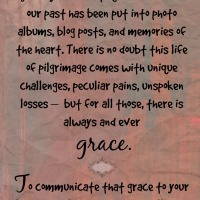 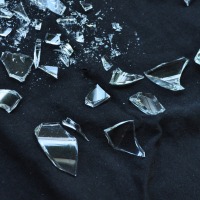 7 week sabbatical - what have I learned? Mainly that my influencers in real life are much more valuable than those online, and that I have some beautiful connections with many of you that I’ll foster both on and off line.
I blinked and you grew up. I closed my eyes to a child and opened them to a woman with joys, dreams, challenges, and the most beautiful creative feral children I have ever known. @annierebekah - you gently led me into motherhood, you have offered more grace for my mistakes than I could possibly deserve, you gift the world with passion, creativity, succulents, and snark. I am so incredibly proud to be your mom. I love you.
How are we supposed to be living down here? What were we put here to accomplish? What should we value? What is truth, anyway, and how might we recognize it?” These are the questions that George Saunders asks in his book A Swim in the Pond in the Rain. ⠀
#beautifulrockport #rockportma #chasingbeauty #rest #hope #rockportbythesea