Shikarpur is a city in the Sindh area of Pakistan that I have mentioned in earlier posts. It has figured prominently into my past; a place where best friends and favorite families lived and a place that was home for me during my high school years. It is also the place where I was based for flood relief in October a year ago.

While growing up, periodically someone would talk about the days when Shikarpur was a beautiful city with gardens, roses, and large homes gracing the streets. It was a banking city, a financial capital strategically located because of its accessibility from Central Asia and West Asia. History points to this being a city with culture, trade, architecture, and green space. Shikarpur was described as the capital of “merchants, money changers, and bankers”

When Pakistan gained independence from India and established itself as a separate Muslim nation, hundreds of thousands of Hindus were displaced and journeyed to India to begin a new life. Just as Hindus left, Muslims entered and Shikarpur continued to grow. I don’t know when Shikarpur began to lose its beauty and former glory. Part of the change came with partition and strained relations with India, but well before that time of transition and war, the city was not what it had been in the 1800’s. A time where horse-drawn Victorian carriages carried the wealthy to the Shahi Bagh gardens complete with a zoo that had cheetahs, lions and wild boar.

This was a Shikarpur I never knew. While walking through the bazaar, if you look up, you can see faint glimpses of the former glory in old, beautifully crafted windows. Then as your eyes shift and take in the surroundings at eye level, they will see tremendous poverty, crumbling buildings, trash and general disarray. When I reflect on Shikarpur I am saddened for what used to be a place of beauty – a place where gardens and lawns were valued and developed for people to enjoy.

What goes into the demise of a city? How does a place once known as a banking capital with lush gardens become a place that is valued by only those who live there? History is full of descriptions of cities that once were places where life was happening at economic and social levels, cities known for their beauty and culture. Now they are crumbled ruins, their value in what was, not what now is.

Even as the former glory has faded, there is hope and beauty in Shikarpur. One place where this hope is personified is in a small group of people who work in the Shikarpur Christian Hospital. Pakistanis from various ethnic groups, Americans, Canadians and at any given time various other nationalities, work side by side to provide care to women and children in the region. Though worthy, this hospital will never be highlighted in a news story but day after day the doors open to people who would otherwise have no care. Perhaps it seems but a small glimmer of hope compared to the renowned city that once was, but walk through the bazaar in Pakistan and women, anonymous in their burqas, will walk up to any one who looks foreign and say “Are you from the Christian hospital? That hospital saved my life!” or “When will the hospital be opening to deliver babies again? You have to open! You are the only place that cares”.

While the glory days of Shikarpur would have been a delight to experience, this hospital and the work that is accomplished through the hospital are far greater in the economy of eternity. So despite dusty roads and an infrastructure that belongs more in the early 19th century than the 21st, there is hope. It is a hope often operated by a generator because of frequent power outages, but it shines brightly nonetheless, between a mosque and a Hindu temple off a dusty street full of ox carts, rickshaws and motor vehicles, in Shikarpur.

Blogger’s Note: This post does not do justice to the history and God-breathed work of Shikarpur Christian Hospital so stay tuned for another post that gives more information about this place of hope. For some real-life/in person stories – take a look at The Day the Chicken Cackled: Reflections of a Life in Pakistan by Bettie Rose Addleton. You will travel inside her homes and friendships in Shikarpur and other parts of Pakistan.

15 thoughts on “Hope in a City – Shikarpur, Sindh” 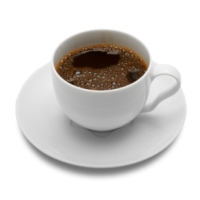 Big sky, brilliant sun.
There is a lot of hard in the world. Every where you turn, there is evidence of the hard. But there is also joy and beauty.
“….And now these three remain: faith, hope and love. But the greatest of these is love.”*
More pictures to come, but the magical joy of witnessing sacred vows and the sacrament of marriage followed by a beautiful party overwhelm me. I am so grateful.