Massachusetts residents, used to discussing disasters in other areas of the world, found themselves in the middle of tornado watches, warnings, and actual happenings on Wednesday evening. High winds started up late afternoon and at the end of the day, over seven tornadoes had touched down, primarily in Western Massachusetts. Like many weather catastrophes people affected are somewhat in a daze at what has hit them, not quite comprehending the enormity of the damage but knowing they have to move forward, clean up, file insurance claims and reclaim their lives.

For many not directly affected, the image of tornadoes funneling to earth with astonishing power was a sight most had never seen. One somewhat humorous story to come out of this came from a work friend. His wife was driving from Connecticut back to Massachusetts on I-84. As she drove she saw two things:  on one side of her a tornado heading toward land, on the other,  Sarah Palin’s ‘One Nation’ tour accelerated down the highway. The two juxtaposed were quite an image.

To me, this is a picture of what this next year will hold for the average American. A tornado like force of politics and partisanship. While I would love to feel the wonder and excitement my freedom to vote, especially given the Arab spring and ‘self-determination’ as my daughter aptly described in a recent article in GOOD magazine, I dread the devastation that these tornado like politics bring. Partisanship, scandal, meanness, incivility, outright lies….these are all the tornado of American politics and it’s not a pretty picture. The process itself is so long that though we are months and months out from the actual election, already media sources are focusing on real and potential candidates. Other countries sit back and watch in amazement at the skewed process that has us sitting through hours of debates, more hours of advertising, and the daily onslaught from our favorite journals of front page and cover stories on politicians. We do this even as we struggle to pay our bills, keep our kids studying calculus, and worry about pink slips arriving via email. It’s a tornado but while tornadoes speed through our cities and towns, politics is like a violent rotating column of hot air that doesn’t speed through but makes its way slowly across land and pits neighbor against neighbor leaving all in a daze.

Just as it is advisable to keep on hand food, water, matches and candles should there be loss of power or water in weather catastrophes, I think I’ll do the same as I face this next years tornado of political promise. I’ll head to a figurative basement bringing with me candles and Lindt‘s chocolate, pretending that the electricity is off and the television and radio aren’t working. That way I can ride out the storm and think of it as an adventure, picking up the pieces the day after as I blog.
Take a look at this footage of the physical tornado. Footage of the political tornado to follow! Stay tuned! 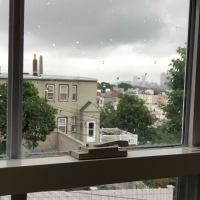 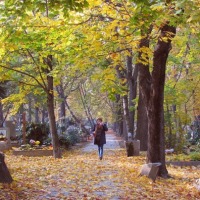