Our family loves films. Comedies, tragedies, suspense, satire, mystery – no matter the genre, we laugh, we cry, we discuss and we always watch the Oscars.

Our love of film is a bit overwhelming for the unsuspecting guest in our home as memorization of lines and reenactment of characters spills into our ‘real life’.  I remember one dinner with friends where we quoted almost verbatim the script to “Waiting for Guffman” – a mockery of community theatre. The only problem? They had never seen the film and who had a need or desire to see it after we were through with them.

When our kids were young and we lived overseas, we would rent pirated videos of newly released films to indulge our passion. The pictures were often distorted and poor quality but our kids didn’t know any better, and we were not about to tell them. Moving on to the United States, we began to hold Oscar Parties on Oscar night, putting up a life-size Oscar made of cardboard and laying down a red plastic tablecloth, a cheap simulation of ‘the red carpet’. We would dress up according to the films of the year and memories of my husband dressed as Caesar from ‘The Gladiator’, my daughter Annie dressed as Virginia Woolf from ‘The Hours’, and one of my boys a young and handsome Zorro are captured in faded color photos.

Maybe it was a need to occasionally escape reality that led us to a love of films, but I like to think it was more than that. I like to imagine it was our love of stories and storytelling where themes from movie plots could challenge, humor, delight and inspire. Or our wish to live life in living color complete with our own characters and plot. For some time I tried to defend this part of us, and then realized that I didn’t need to.  It was us and not something to be ashamed of.

And so it brings me to the Oscars, held tomorrow night, with the network sponsor enjoying the revenue of millions of dollars in advertising. It isn’t that we love Hollywood and all it stands for, but throughout history stories have been used as a way to connect people and make them think, to illustrate and reflect relationships and the human condition and soul. A current medium for the telling of these stories is film with all its gifts and flaws – and that is why we love film and why I will watch and enjoy the Oscars.

Bloggers Note: This year I have the privilege of enjoying the Oscars in Chicago with our sons Micah and Joel. Micah graduated in May with a major in Film from Northwestern University. We like to think we were influential in his decision to go into film or maybe when young, he thought pirated films were the real thing and was convinced that someone could do a better job.

5 thoughts on “Confessions From a Film Loving Family” 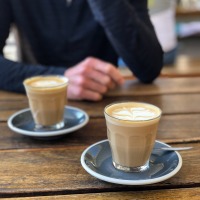 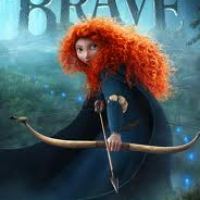