The door to my son’s guidance counselor has a sign with a rainbow GLBT Safe Spot – it indicates that people are safe in speaking about their struggles with sexuality.  I support and want students to be safe – the depression and loss of life in gay identified teens is a tragedy.

I also want safety for my children who are people of faith and have grown up in a household of faith.  I would love to see a sign that says “Faith Safe Spot”. I don’t want prayer in school – what I want is safety of expression for kids who value faith. Being a person of faith, whether male or female, in the public school system in our area is not well tolerated, let alone encouraged.  Just as teens who struggled with same-sex attraction were unable to voice those feelings, so it is now with teens and their expression of faith.

“There’s one more thing I’d like to mention.  Our family sees faith as paramount to our living – how we view the world and the way we make decisions is all made through the lens of faith.  I completely believe in separation of church and state but I don’t believe that faith should be demeaned and devalued in school.  Rather I feel it should be seen as another view with a place at the table.  My son has two authority figures in his life – his family and this school.  Could it be somewhat confusing to him that these two authority figures are polar opposites when it comes to seeing faith as something of value?”

Their eyes were wide open – they were listening and heard what I had to say.  I went on to say that being a person of faith, particularly a white male of faith, is the ‘new gay’ – something that people are not allowed to identify with, or talk about.  They nodded – I was speaking their language.  A language of inclusiveness, tolerance, and safety and  in listening, they realized that one of their constituents – a parent – was not seeing the school as inclusive, tolerant or safe for their child.

I left feeling heard and emboldened to articulate and fight for what is important to me. Maybe in time as I continue my involvement in the school and  foster the school/parent relationship I can ask for that “Faith Safe Spot” sign.  It may be too late for my kids but perhaps others will benefit. 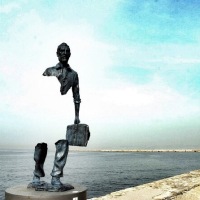 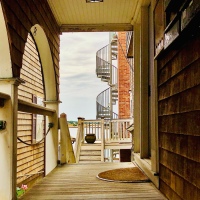